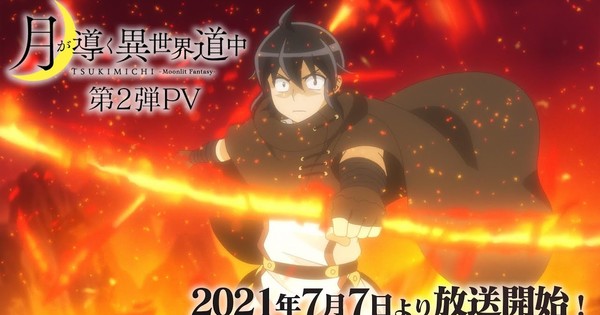 The anime will premiere on July 7 on Tokyo-MX and BS NTVand on July 8 the MBS.

Makoto Misumi is just an ordinary high school student leading a normal life, but suddenly he is summoned to the other world to become a “hero”. The otherworldly goddess, however, insults him for being different and strips him of his “hero” title, before throwing him back into the wasteland at the edge of the world. As he wanders the desert, Makoto encounters dragons, spiders, orcs, dwarves, and all sorts of non-human tribes. Because Makoto comes from a different world, he is able to unleash unimaginable magical powers and combat skills. But how will he manage his encounters with various species and survive in his new environment. In this fantasy, Makoto tries to turn the other world into a better place despite the humans and gods who have turned their backs on him.

The anime will premiere in July in Japan on Tokyo-MX, MBSBS NTV, and other channels. The anime is the first for NTV‘s new Anime department.

NTV secure distribution of the anime worldwide outside of Asia via Crunchyroll. The company also secured key sales for anime distribution in Asia via MediaLink Entertainment Limitedit is Ani-One Asia streaming channel and Aniplus-Asia TV channel. The anime will debut through these distributors (in addition to Crunchyroll) in South Korea (Aniplus-Asia) and Southeast Asia (Ani-One Asia) “A little after [the anime’s] aired in Japan.” Between the three distributors, the platforms will distribute the anime to over 200 countries and territories.