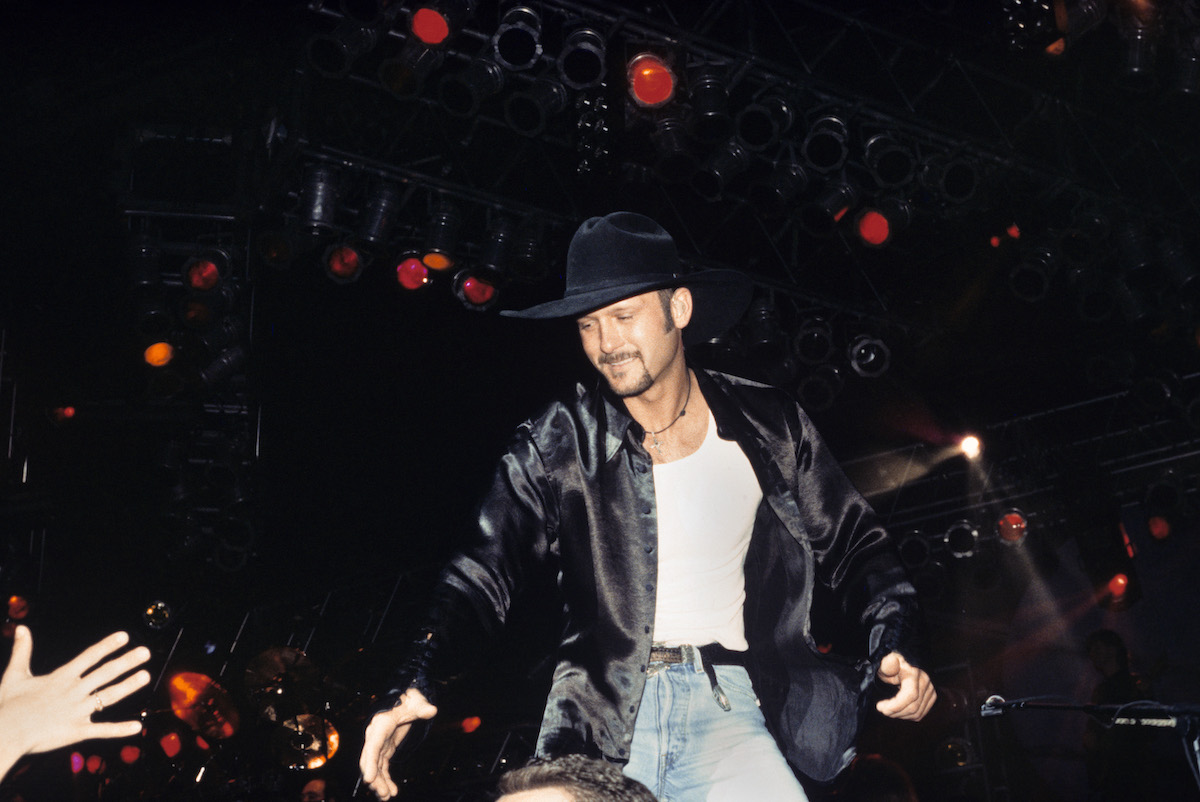 Three-time Grammy Award winner Tim McGraw has been a country music star for decades. Debuting in the early 90s, the 55-year-old began his rise to fame with his second studio album, Not a moment too soon. He quickly took the genre by storm with his authentic country sound and boyish good looks.

However, McGraw was not destined to be the nation’s most eligible bachelor for long. In 1996 he married country music superstar Faith Hill and the couple have since made it their mission to do business together.

Married for 26 years since Oct. 6, 2022, McGraw and Hill recently co-starred in Paramount+’s Yellowstone prequel, 1883. They’ve recorded 11 duets together and continue to tour on their Soul2Soul II Tour — the highest-grossing tour ever. from the country. music history, according to Music Video Fandom.

To celebrate the incredible career of McGraw and his beautiful family, let’s take a look at his five most iconic music videos:

Not a moment too soon became the best-selling album of 1994. The first single released from the album, “Indian Outlaw”, peaked at number 8 on the charts and was loaded with fast cars, motorcycles, billiards and particularly hair. longs from McGraw. “Indian Outlaw” presented itself as a rebel, and country fans took notice.

The music video doesn’t have much of a story. It mostly involves strobe lights flashing behind McGraw and tassels flying from the leather-clad line dancers. But “Indian Outlaw” was the start of what was to be a long string of hits for McGraw.

McGraw’s ninth album, Let it go, featured a duo of McGraw and Hill that had major relationship goals. The song is simple – just the two singers sitting opposite each other surrounded by candles. But it said a lot about their relationship.

Like McGraw and Hill’s first duet, “It’s Your Love” (recorded in 1997), the soft lighting and simplicity of “I Need You” seems like a throwback to their early marriage and a declaration of their enduring love. But, as “I Need You” was released during the couple’s 10th year of marriage, the charm was even stronger.

In the video, a young woman is seen distraught as she drives down a country road, crying and texting while driving. Victim of a terrible accident, she is rushed to the hospital where McGraw turns out to be the doctor who saved her life.

2. “Over and Over” by Nelly with Tim McGraw

In a standout crossover collaboration, McGraw teamed up with R&B artist, Nelly, for “Over and Over” in 2004. The video shows the two singers living their separate lives, each tortured by the idea of ​​the woman that they like to be with someone else (yes, the woman in McGraw’s photo is Hill).

While the song is great on its own, one of the video elements that stands out involves the side-by-side visuals of the two men’s lives. Sometimes they look radically different and yet are poetically parallel.

Released in 2004 on McGraw’s album of the same name, “Live Like You Were Dying” was a big hit. And the video is unlike anything McGraw fans have seen before. In it, McGraw is wearing a white shirt, jeans, and his black hat, surrounded by a white void.

A screen appears and begins playing a series of loving moments that could be from anyone’s life. The subject of the song finds out he has cancer and is having the best days of his life, focusing on the little moments in life, following the news. More poignantly, the song was released the year McGraw’s father, Tug McGraw, died of brain cancer.

Honorable mention: “Meanwhile back at mom’s”

The video for McGraw’s 2014 song “Meanwhile Back at Mama’s” must also be considered one of his most iconic. Filmed at his and Hill’s real ranch in Nashville, the video shows McGraw and Hill at home. Their desire for a simple life together in the countryside is palpable and speaks to their love and their roots.