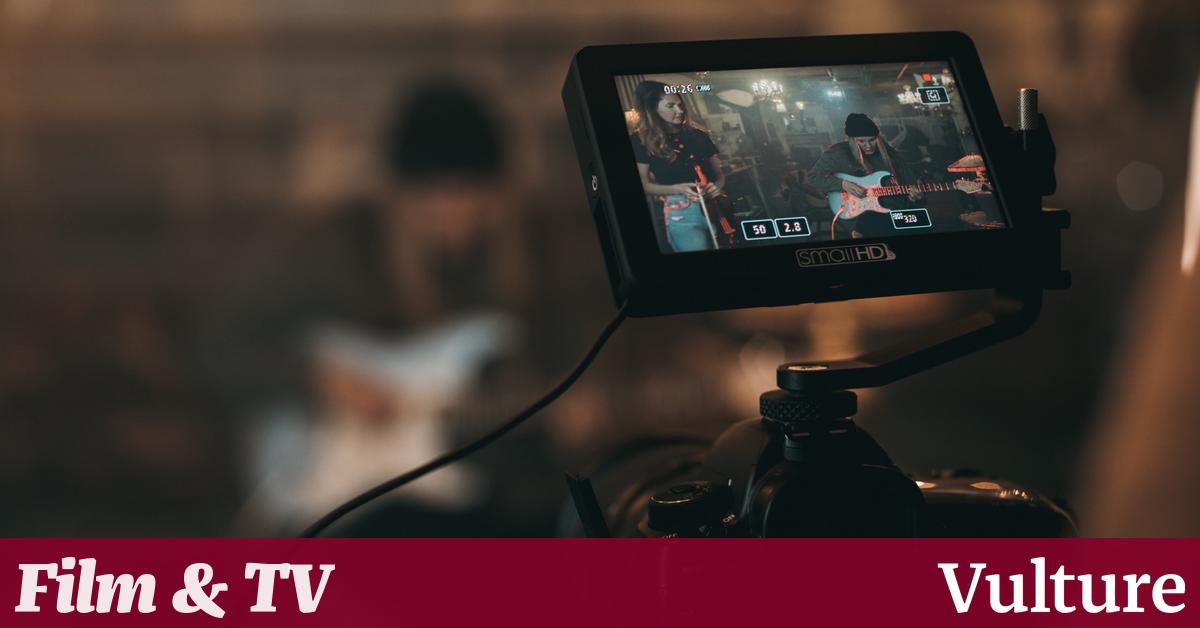 “You could have a steam train if you just laid your tracks,” preaches Peter Gabriel in his 1986 hit, Sledgehammer. The lyrics are confident and sexy. We have the feeling that everything is possible. In the video clip, objects appear and disappear seamlessly. Characters magically duplicate themselves and stand in multiple places at once. The images blend and overlap with each other. The laws of nature lose their relevance and realism crumbles into a surreal dream in which everything it’s true possible.

It seems that music videos are rarely talked about with the same artistic prestige as cinema and television. Cinema is riddled with hierarchies and pretensions. At the Golden Globes, movie actors are seated front and center where the cameras can see them, while TV actors are stuck in the back. The Oscars don’t even bother to give awards for television. It’s easy to imagine how, a few rungs down the ladder, music videos are simply tossed aside.

Recently, Harry Styles threw away the big-budget studios and cameras and made a low-budget video with James Corden for a Late Late Show segment: a prime example of why people often take music videos less seriously. It was a hodgepodge of cliched party and bathtub scenes – an ode to the teenage girl. A testament to the belief that everything will be fine with music on it.

For me, the genre is arguably home to some of the most liberated cinematic expressions. Unlike a feature film, a music video only has a few minutes to impress. The time constraint may seem like a setback, but it’s often a great strength. Music videos don’t have to sustain a cohesive narrative for hours. Storyline is usurped by style and aesthetics. Directors can put aside the credibility of their visual world and play with editing, special effects and color like never before.

Nowhere else is the viewer so open to accepting wacky and extravagant things. Michael Jackson can shapeshift into a wolf. Benee can chase after his imaginary cartoon friend, and Harry Styles can roam the streets of London in a giant bed with no questions asked. A fictional world has entered and the lines between reality and imagination are becoming blurred. The more provocative and absurd the image, the better. The genre is a surrealist’s wet dream and a filmmaker’s playground.

Wolf Alice’s music video catalog captures a snapshot of contemporary city life. In Don’t Delete the Kisses, the London Underground is a reliable backdrop for changing and growing relationships. You fall in love with it and fight until you burst into tears over it. In Delicious Things, the Uber coming home after a party is a more interesting place than the party itself. In Safe from Heartbreak (if you never fall in love), you sulk in the stalls on the outskirts of a nightclub. All images combine the hectic nature of modern city life with its underbelly of alienation, loneliness and grief. Their videos are just as valuable and illustrative of the band’s message as their songs. They are more than just fancy accompaniments to the music.

Directed by Hiro Murai, This is America by Childish Gambino is a mirror of contemporary society. His surrealism symbolizes the anarchy of real America. He sings about partying, Gucci and money, then he shocks the viewer with a church massacre or a school shooting. He dances in the foreground while riots take place behind him. More than just illustrating the music, the visuals create counterpoints to the song. Lyrics about Gucci are juxtaposed with images of violence and distraction from raw reality.

The world created by Murai may be as chaotic and creative as a playground, but it’s not the kind of playground we were talking about earlier. It’s America’s playground, where entertainment and violence coexist like an old married couple. To a government that preaches “Make America Great”, this video asks who America are you looking at? ‘This is America’.

These music videos have real cinematic value and deserve critical acclaim. Once a mere promotional tactic, the form has evolved to become as coveted as the songs themselves. Gone are the days of the melodramatic, blue-tinged tub scenes Adele pointed out. In their place, we should welcome exciting and provocative images like those of Gambino and Gabriel.

We are therefore almost entirely dependent on advertising for funding and expect to have a few difficult months and years ahead.

Despite this situation, we will look for inventive ways to seek to serve our readership with digital content and of course also in print!

Therefore, we ask our readers, if they wish, to donate from as little as £1, to help cover our running costs. Thank you very much, we hope you can help us!