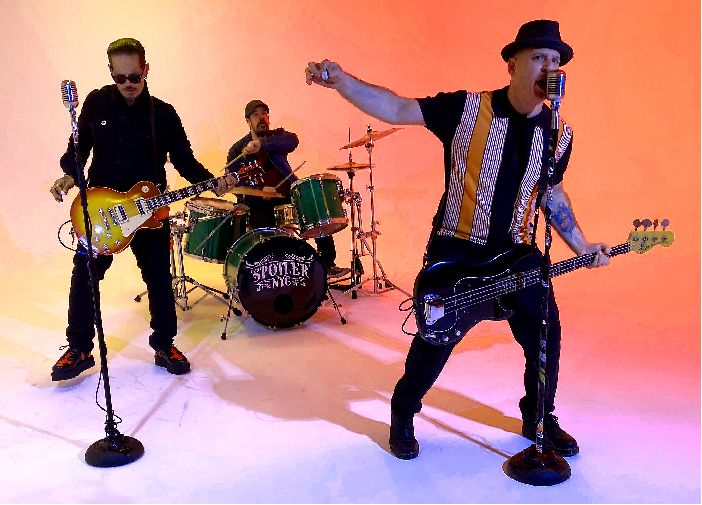 Infusing chaotic wisdom into their music is a powerful element that fuels the most relevant and socially relevant heavy metal and punk songs. New York-based rock band The Hell’s Kitchen, Spoiler NYC have adopted this theme on their visceral 14-track new album, “Banned in 38 States.” The unapologetically raw and aggressive punk rock trio, led by vocalist and bassist Alan Robert, encourages its listeners to embrace their freedom in every way possible.

Spoiler NYC’s new record takes inspiration from punk-rock bands like Rancid, Social Distortion and the Misfits. “Banned in 38 States” is a powerful ode to the angst and sense that chaos could erupt at any time as punk-rock rose to popularity in New York City in the 1980s.

“Banned in 38 States” includes two contemporary new tracks, including the titular entry and its immediate successor, “Damaged Goods,” as well as 12 remastered tracks from Spoiler NYC’s 2007 debut album, “Grease Fire in Hell’s Kitchen.” To commemorate the 15th anniversary of the band’s debut album, Robert was seen driving around New York in an old checkered cab dressed as the character of Rober DeNiro from Travis Bickle’s “Taxi Driver”, which is prominently featured in the video of “Damaged Goods”. ‘

The song and accompanying video feature gritty guitar distortion and Robert’s snarling vocals, both of which are steeped in old-school punk and hard-rock flair. With exhilarating vigor, the musician faces serious real-life issues as he recalls how people told him he would never amount to much. He sings the catchy lyrics as he and his bandmates, guitarist Harris “Junkyard” Silletti and drummer Tommy “The Kid” Clayton, perform the track. The tune has surprising commercial appeal and relatability, as the Spoiler NYC frontman sings with reckless energy about how his strained relationship with his father kept him from realizing his full potential.

The exhilarating journey featured on “Damaged Goods,” which is the record’s second entry, continues the thundering guitars, rumbling drums and raspy, raspy vocals of Robert from the track “Banned in 38 States,” which opens the LP. The titular song, which features captivating and stellar production values ​​in its vocals and instrumentals, is tailor-made for true heavy metal fans who embrace the genre’s searing message that people should pursue their dream no matter what. the consequences afterwards. The video intriguingly features Robert and his bandmates as they are arrested while playing a concert for fans and then continue their performance after being incarcerated.

Spoiler NYC’s new album is a powerful ode to angst and the feeling that chaos can erupt at any moment. The titular tune and its immediate successor, “Damaged Goods,” and their accompanying videos feature powerful chaotic wisdom that makes their messages socially relatable, as Robert and his bandmates encourage their listeners to embrace their freedom in every way possible. .