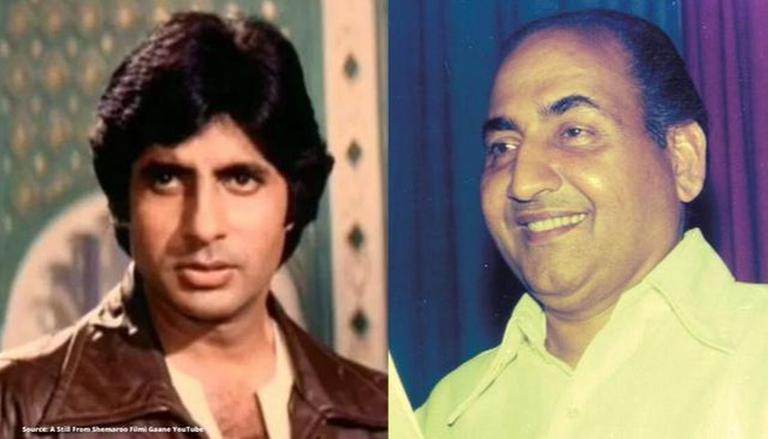 Amitabh Bachchan is one of the renowned Bollywood actors. The veteran actor has inspired audiences with his magnificent acting performances in movies over the years. It also featured in many memorable and evergreen songs that were sung by the late Mohammed Rafi. Take a look at the times the two legends collaborated on hit songs.

The songs of Mohammed Rafi with Amitabh Bachchan

The song is taken from the 1980 film Chan. Jaanu Meri Jaan is sung by Asha Bhosle, Kishore Kumar, Mohammed Rafi and Usha Mangeshkar. The hit song features Amitabh Bachchan, Shashi Kapoor, Parveen Babi and Bindiya Goswami. The song is written by Anand Bakshi and composed by RD Burman. The music video for the song received 5.4 million views on YouTube.

Yamma Yamma is another iconic song from the 80s. The hit song features Amitabh Bachchan, Shashi Kapoor, Shatrughan Sinha, Rakhee Gulzar, Parveen Babi, Bindiya Goswami, Sunil Dutt and Kulbhushan Kharbanda. The song is sung by Mohammed Rafi and RD Burman. Yamma Yamma is one of the top 30 songs of the 80s. The song is posted on Shemaroo Filmi Gaane’s YouTube channel.

Atharaa Baras Ki Tu is a popular song by Suhaag. The song features Amitabh Bachchan and Rekha. The song has received 115 million views on YouTube. Mohammed Rafi collaborated with Lata Mangeshkar to Atharaa Baras Ki Tu. The song is written by Anand Bakshi and composed by Laxmikant-Pyarelal.

O Sheronwali is another beautiful song from the 1979 film Suhaag. The song is sung by Asha Bhosle and Mohammed Rafi. The melodious voice of the two singers of the song is appreciated by the public. O Sheronwali received 11 million views on YouTube.

Zindagi to Bewafa Hai is a moving song by Muqaddar Ka Sikandar which is sung by Mohammed Rafi. The song features Rakhee Gulzar, Vinod Khanna and Amitabh Bachchan. Muqaddar Ka Sikandar was the highest-grossing Bollywood film of 1978. Not only was the film a success, but the songs in the film were also highly praised by the audience.