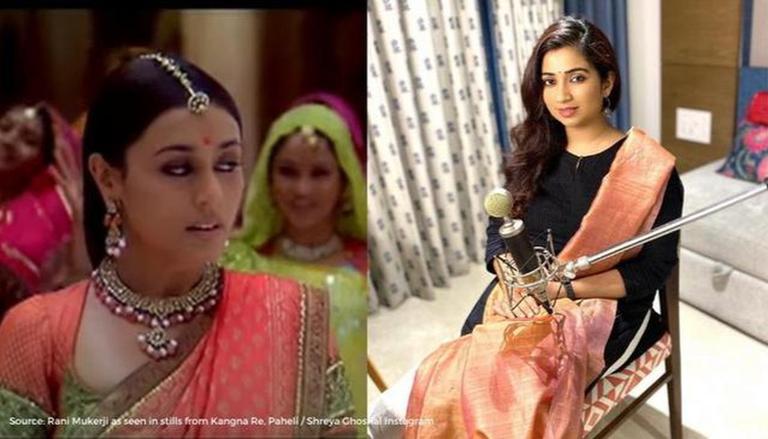 Rani Mukerji has, over the years, acted in a wide variety of films and collaborated with several actors and directors. Apart from this, many of his films also have several memorable songs sung by renowned playback artists, Shreya Ghoshal being one of them. So, here are some of the Rani Mukerji songs sung by Shreya Ghoshal. Continue reading:

With a duration of 5:55 minutes, the song is sung by Shreya Ghoshal, Madhushree, Bela Shende, Kalapini Komakali and Sonu Nigam.

Rani Mukerji can be seen dancing to the catchy beats and vocals are provided by Shreya Ghoshal. The singer even won the National Film Awards for Best Female Playback Singer. Gulzar has even been nominated for several awards and accolades as the best lyricist.

Versions 1 and 2 are sung by Shreya Ghosha and the Happy version is sung by Shaan, Mahalakshmi Iyer, Sneha and Shravan. The song recorded over a million views on YouTube, the soundtrack became one of the best-selling albums. The music video features Rani Mukerji’s character trying to entertain her children while Saif Ali Khan’s character is away from home.

This is yet another song from the movie Ta Ra Rum Pum, directed by Siddharth Anand and produced by Aditya Chopra. Composed by the singer-songwriter duos Vishal-Shekhar, the song has a duration of 5:09. The lyrics of this lively and energetic number are written by Javed Akhtar.

The music video features Saif Ali Khan’s character and Rani Mukerji’s character romancing and the two can dance along to the upbeat music. The holiday anthem is still popular among fans and widely praised for its lyrics. The clip has racked up over 16 million views on YouTube.