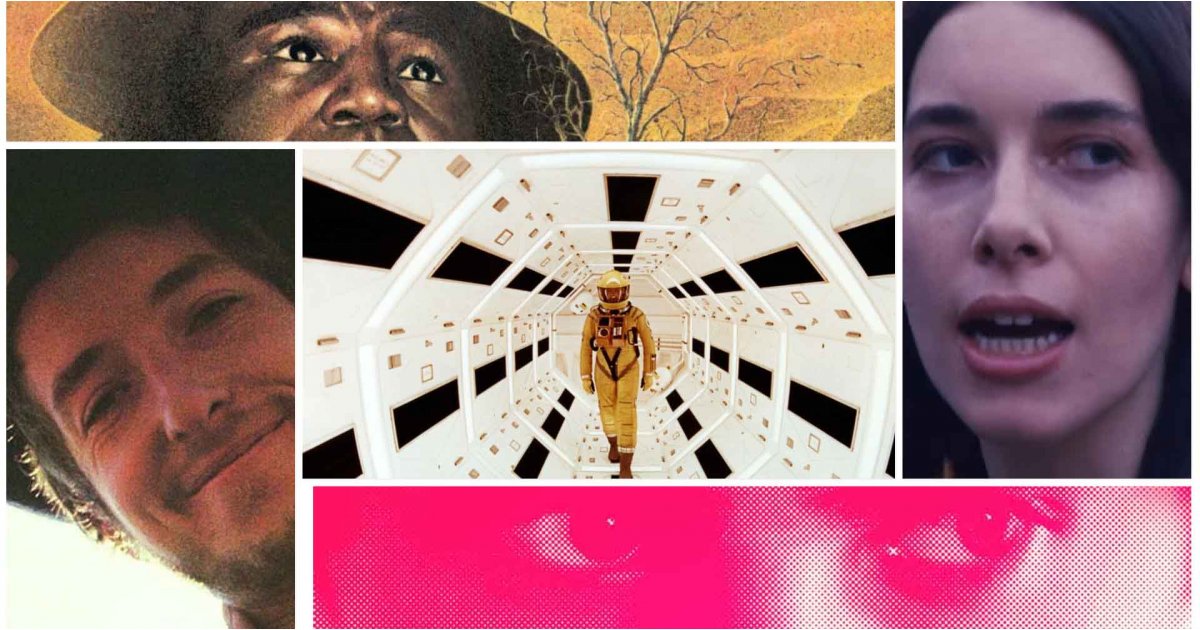 Rejection. It happens to all of us, one way or another. Whether you’re peddling the first draft of your novel, being passed over for a promotion, or being told by a potential suitor that you’re “just good friends,” it’s an overwhelming feeling.

Of course, the road to Hollywood is strewn with trampled souls whose work has not been deemed “fit for purpose.” Among them are some of the most famous musicians the world has ever seen.

Bob Dylan, Johnny Cash, Bruce Springsteen, David Bowie and Paul McCartney have all written songs for movies and had them rejected.

Take a look at our list below (which includes an inescapable amount of potential Bond themes) and take comfort in knowing that even heroes and icons know what it’s like to be told their work stinks.

Another potential theme from the James Bond movie Thunderball, this song was a huge waste of everyone’s time. It was recorded twice (first by Bassey, then by Warwick) before ultimately being rejected in favor of a song that bore the same name as the film. Tom Jones recorded a new theme and Mr. Kiss Kiss, Bang Bang (from a French journalist’s description of Bond’s MO) was forgotten, remaining unknown until the 1990s.

This Frank Ocean ballad was unceremoniously cut from the Django Unchained soundtrack at the last minute. Quentin Tarantino explained: “[Frank Ocean] wrote a fantasy ballad that was truly beautiful and poetic in every way, there just wasn’t a scene for it. I could have quickly thrown it away just to have it, but that’s not why he wrote it and not his intention. So I didn’t want to belittle his efforts. »

In 1965, the Thunderball theme was in development hell. Originally slated to be Mr. Kiss Kiss, Bang Bang, first performed by Shirley Bassey and later re-recorded by Dionne Warwick, the song was taken down when United Artists insisted that the film and its theme share the same name. Country music legend Johnny Cash stepped into the breach and submitted this song which includes the distinctly un-English sounding line, “Sometimes there’s a man who can stop this thing in time.” All that’s missing is a “yee-haw!”. The studio went with Tom Jones instead.

Wu-Tang frontman RZA was originally to score Michael Mann’s big-screen Miami Vice reboot. However, he parted ways with the film shortly after beginning work on it. This instrumental bootleg of its proposed main theme is all that remains.

Originally recorded for: The Man Who Fell to Earth (1976)

David Bowie was working on a full soundtrack for Nick Roeg’s film, in which he played the lead role. However, the director didn’t think the songs were appropriate. Subterraneans, a collaboration with Brian Eno, later appeared on Low in 1977, which turned out to be Bowie’s seminal album. Another song, Wheels, remains unreleased.

Another Bond-themed scrimmage took place in 1997, when several artists submitted themes for the second of the Pierce Brosnan-era films. Pulp (who named their song Tomorrow Never Lies, after the short story the film was based on) delivered this solid – but rejected – effort, while Saint Etienne, Marc Almond and kd lang (whose song has at least was used in the end credits) have all been postponed. Instead, the producers went with Sheryl Crow. Cheers guys. 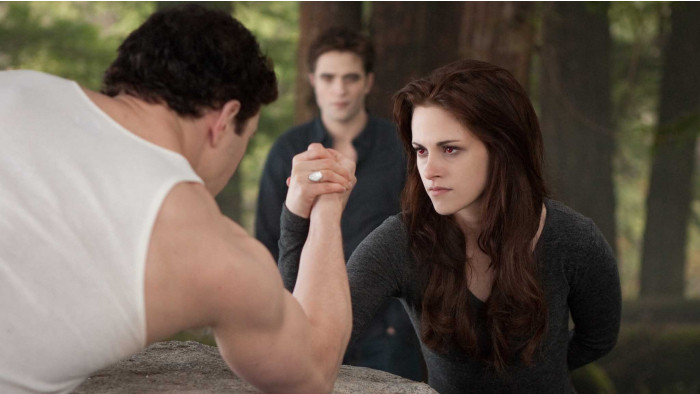 seven. The unknown song of the fall

Speaking to Radar magazine, Mark E Smith – the late lead singer of The Fal – revealed that his band had (unbelievably) submitted a song for the latest episode of The Twilight Saga. Sadly, there’s no audio recording of what the grizzled legends came up with, but it was described by entertainment site Inquisitr as “a really weird track” consisting of “a haunting two-note riff with Smith screaming and grumbling over it”. Yes, it sounds like The Fall.

The 2001: A Space Odyssey score by Alex North was drawn by Stanley Kubrick during post-production of the film. The decision was so last minute that the composer didn’t even know his music had been scrapped until he saw it on screen at the premiere. Looking back, it’s hard to imagine the film’s final soundtrack, with classic pieces like Johann Strauss’ The Blue Danube and Richard Strauss’ Also sprach Zarathustra.

In 1968, Bob Dylan was asked to submit a song for the Jon Voight/Dustin Hoffman film Midnight Cowboy. Although he wrote Lay Lady Lay for this purpose, he failed to complete it in time, and Nilsson’s cover of Fred Neil’s song Everybody’s Talkin’ was used instead. One of Bob’s finest, Lay Lady Lay appeared on the 1969 album Nashville Skyline.

Johnny Jewel is a member of the bands Desire and Chromatics (who are also signed to his label, Italians Do It Better), both of which have songs on Nicolas Wending Refn’s Drive soundtrack. However, he did record a complete Drive soundtrack, most of which was pushed back by the studio in favor of Cliff Martinez’s music. The rejected compositions (all 37) were released by Jewel and her Chromatics bandmate Nat Walker as Symmetry’s Themes For An Imaginary Film in 2011. A video was made for The Hunt where the music ends long before the visuals – a subtle comment from Jewel that her music didn’t fit with the film?

What’s the first thing you do if you’re one of the most influential bands of the last 0 years and you get together? That’s right: record a song for an animated film about an ogre and a talking donkey. Unfortunately, the producers of Shrek 2 just weren’t into the Pixies’ first new material in over a decade. Bam Thwock was hit.

Originally recorded for: Hell In Harlem (1973)

Brown’s double album The Payback was intended to provide the soundtrack for the Blaxploitation film Hell In Harlem. However, the producers dismissed his efforts as “the same old James Brown thing” and enlisted Edwin Starr to record a new score in his place. Despite this mixed reception, The Payback is now considered a historic funk album. Oops… 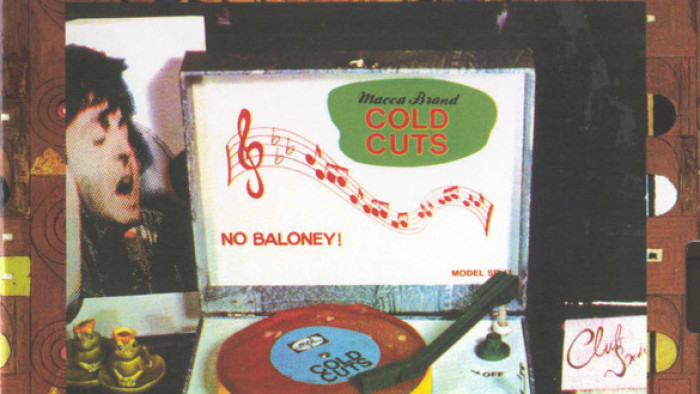 13. Song by Paul McCartney/Wings: Same time next year/Have we met somewhere before?

1978 was a bad year for the Macca soundtrack. First, the sentimental ballad Same Time Next Year was turned down for Ellen Burstyn and Alan Alda’s film of the same name. Second, he was told “no” for Did We Meet Somewhere Before? intended to serve as the theme for Warren Beatty’s vehicle, Heaven Can Wait.

Originally recorded for: The Man with the Golden Gun (1976)

Shock rocker Alice Cooper submitted this song for Roger Moore’s second outing as Bond. The producers went with Lulu instead.

Most of New York industrial duo Black Rain’s score for Johnny Mnemonic was cut from the finished film. Given that the recordings have since won critical acclaim, the decision is baffling.

Originally recorded for: Harry Potter and the Philosopher’s Stone (2001)

Taken from The Boss’ sessions for his 2002 album The Rising, the song had achieved legendary status among Springsteen fans, in part because it was never heard publicly. Apparently only five copies were made of the song, for the express purpose of pitching it for Harry Potter and the Philosopher’s Stone. It was not selected but was eventually released for the rather brilliant film Blinded By The Light.

Originally recorded for: The Living Daylights (1987)

This song was recorded for The Living Daylights, Timothy Dalton’s debut as James Bond, although A-Ha’s submission was ultimately preferred. Still, Neil Tennant and Chris Lowe were able to be in The Archers this year, where they were discussed by Lynda Snell. In your face, A-Ha!

Originally recorded for: Say Anything (1989)

Cameron Crowe has approached New Jersey rock band The Smithereens to record a theme for their upcoming debut film, Say Anything, starring John Cusack and Ione Skye. However, A Girl Like You was ultimately rejected for “revealing the plot too much”, according to the band’s Dennis Diken.

Indie stalwarts Haim are no strangers to movies, starring Alana Haim in Licorice Pizza, but one of their tracks was not chosen for the Trainwreck comedy because it was a little too airy for the film. The feel-good nature of the song was a tipping point for their second album, however, so there was an upside to being rejected.

This hauntingly beautiful song would have been a fantastic addition to Spectre, but it wasn’t meant to be. Radiohead was quick to hide its rejected song, which was shunned in favor of Sam Smith’s Writing’s On The Wall – and duly released it on Christmas Day 2015, as a free download.

IS SOMETHING MISSING IN OUR SHORTLIST?


Tell us about it, and if enough people agree, we’ll add it.