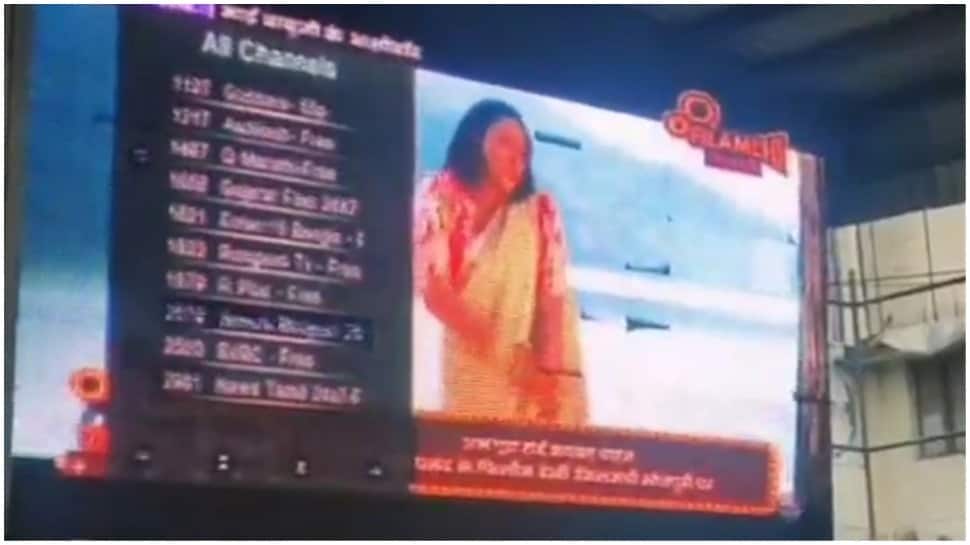 Tirupati: Worshipers at Tirumala Temple near here were shocked when an LED screen at the famous hilltop shrine started playing movie songs instead of spiritual songs.

On Friday night, the LED screen in front of a shopping complex at Sri Venkateswara Swamy Temple suddenly started playing Hindi songs, leaving worshipers stunned as the screen is supposed to show only spiritual activities.

As the songs continued for around 15 minutes, some devotees even recorded them on their cellphones and went viral on social media.

Tirumala Tirupati Devasthanam (TTD), which manages the affairs of the richest temple in the world, has a broadcasting branch. Lack of proper employee supervision is believed to have led to this incident. A similar incident also happened in the past, when an LED screen started broadcasting a private channel.

TTD managing director Dharma Reddy said Friday’s incident happened because of a technical problem in the decoder. However, employees acted quickly to address it, he added.

Meanwhile, the chairman of the BJP’s Andhra Pradesh state unit, Somu Veerraju, reacted strongly to the incident. He questioned the involvement of politicians in running the Sri Venkateswara Bhakthi Channel (SVBC) under the TTD. He wondered how songs from films could be played on SVBC when 80% of TTD funds for the propagation of Hindu dharma are attributed to him.

The BJP leader also alleged that the devotees at the Tirumala Temple face several difficulties and reminded the TTD that it is their responsibility to provide all the facilities to the devotees. He said this happened when people with no knowledge of “dharma” were on the governing body of the TTD.

He said the TTD should make public the details of how it spends Rs 3,500 crore on ‘dharma parchar’.

These Nigerian actresses were in your favorite music videos. Did you notice them?