PEDSTRIAN.TV has partnered with Set for Life to help you pursue your dreams.

When I was younger, barely able to write my own name, I was obsessed with Eiffel 65’s “I’m Blue (da ba dee)” music video. buckled to the point of sending everyone but me in the house to the brink of crisis. Years later, my niece would have a similar obsession with Psych‘s ‘Gangnam Style’ – sending me into meltdown.

Music videos are magic; they have the power to catapult a song so far into the air that they collectively become tattooed into the deepest parts of our subconscious. And it’s been like that ever since Buggles“Video Killed the Radio Star” first aired in the early hours of August 1, 1981, on an obscure new show called MTV. It was Music Television’s first video, and with it the game forever.

But is the golden age of music videos over? Does anyone care more about music videos? In the age of TikTok, do we even have the attention span?

For an insider’s perspective, we met Millie Sykes – a stylist, content creator and performance artist who has worked as a music video stylist for artists like Clypso, Amy Sharkand Guy Sebastianto name a few.

PTV: Hi Millie, ohw would you describe your style, and what inspires it?

Milli: I once described my style as a Studio 54 party…on Mars…in the year 3042. That still seems right. I am mainly inspired by cinema and the art of drag.

Music videos have evolved so much since the days of Rage and MTV – what do you think of the current video landscape and how do you and your work fit into it?

Frankly, it’s hard. Artists can gain notoriety and influence on social media platforms, but that doesn’t necessarily equate to money. Platforms like TikTok are great for artists who like to create on this medium, but become a minefield for those who don’t naturally jump into online sharing.

As a stylist, many of the best music videos I’ve worked on are still on pretty tight budgets, and as a digital creator, I often have to create video content for brands when I generally prefer to shoot stills.

We replaced MTV with algorithms, but I think the basic principle remains: there are a handful of people at the top who make a big bank and a lot of people work incredibly hard to make ends meet for the love of work.

What intrigues you personally about music videos and why are they important to the culture in general?

I think there’s tremendous creative freedom and room to play when it comes to music videos. They don’t have to make sense, they don’t have to follow a story arc per se. It’s a super unique medium for visual artists and we need forms of storytelling that exist somewhere between “content” and cinema.

Do you think we will see a day when the concept of “music videos” will be considered a relic of a bygone era?

Maybe only when a giant asteroid wipes out humanity. Until then, I think video content – ​​and by extension music videos – is here to stay.

Do you have any favorite videos that come to mind?

big budget — Romain Gavras‘ video for ‘Gosh’ by Jaime XX. I remember watching it for the first time with friends and we stopped in the middle of the conversation to just watch in silence. Amazing track, amazing video.

Small budget – Bjork driving around Manhattan projects in the back of a truck in “Big Time Sensuality” is a testament to the fact that sometimes an engaging performance is all that’s needed.

Have you always been a “creative” person?

Yeah, but I think it wasn’t until my early twenties that I really felt an affinity with the term “artist.”

The road to being an artist is never easy – there are so many doubts and uncertainties that accompany any creative pursuit – have there been times when you felt like giving it all up, or doubting yourself, and if so, how did you do with it?

I think the best way I’ve learned to deal with self-doubt is to cultivate a relationship with myself that exists outside of my productivity and creative output. Learning to love and value the person I am when all of those things are taken away. Also, understanding that I create because it’s part of who I am. Any successes or victories that come with that are a wonderful bonus, but they’re not the driving force behind why I do what I do.

OK, now for something a bit more positive – the flip side of the artist’s journey peril is the ability to live your dream; do what you love and call it a job. It’s a pretty cool thing that not many people get to experience. How do you feel about all of this?

For me, monetizing what I love has allowed me to be my own boss and work my own schedule, which I recognize is a huge privilege. I feel incredibly fulfilled working from project to project in a creative capacity, but I also know a lot of artists who would prefer to separate their income stream from their creative output. I think it’s up to each person to decide what suits them best. 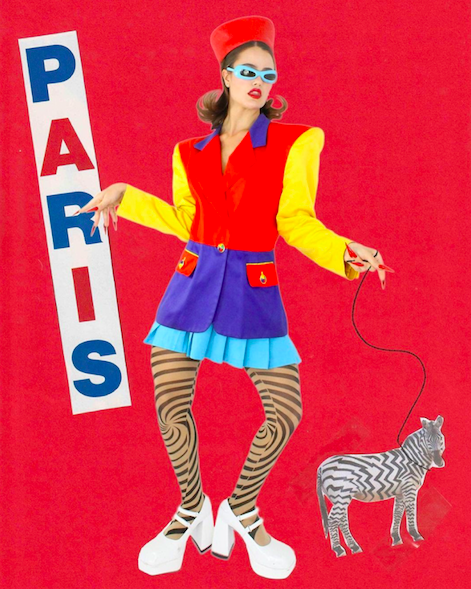 What is your advice to anyone striving to “succeed” in a creative field, or any field where the odds seem stacked against you for that matter?

If there’s something you know you want to do, break down the process and focus on the present moment. Things can seem really daunting when you focus on that end goal. Focusing on what you can do today — and it can be as simple as sending an email — has helped me deal with long-term image anxiety. Also, trust yourself and ask yourself if your decisions are guided by fear. If so, it might be time to get out of that comfort zone a bit.

Is there anything in the questions above that I missed that you would like to add?

I just want to tell everyone to jerk off! And if you need to blow off some steam, that’s okay too.

Kenyan music videos that stood out