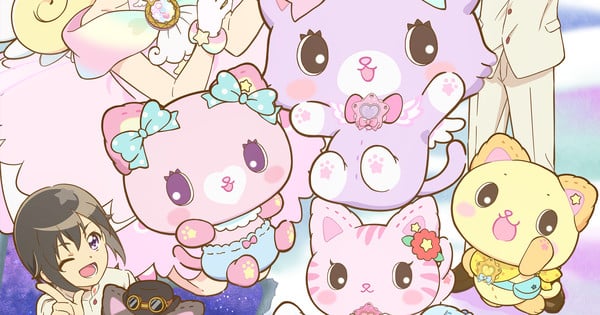 The official Twitter account for the TV anime based on Sanrioit is Mewkleddream character line on Monday revealed the premiere date and theme songs for the show’s new season, titled Mewkledreamy Mix! The anime will premiere on Tokyo Television on April 11 and new episodes will air on Sundays at 10:30 JST.

Icchi & Naru from Bonbon Academy Youtube perform the opening theme song “Hooray! Hooray! Dreamy Jump!” and the ending theme song “Daisuki Sekai” (I Love You World). Songs’ TV size versions launched digitally before the anime on AppleTV, Spotify and other services on Tuesday. Dance videos and collaboration videos with Icchi & Naru will debut in the future.

The anime will feature a new character, Chia-chan.

The first season premiered in Japan in April 2020, but later delayed new episodes from May 2020 due to the effects of the novel coronavirus disease (COVID-19) pandemic. The anime re-aired the first four episodes that month, and the fifth episode then aired in late May.

The anime’s story begins when a middle school girl named Yume sees something falling from the sky and encounters a pale purple colored kitten named Mew. It turns out that Mew has the power of “Yume Synchro” (Dream Synchro), the power to enter dreams. In the dream world, the girl and Mew collect Dream Stones.

The character line also has a manga that launched in Kodanshait is Otomodachi and Tanoshii Yochien reviewed in February 2020.

The 10 Best Film Score Composers of All Time, Ranked