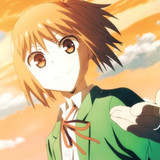 A new preview has arrived with more information on the Lucifer and the Cookie Hammer anime, which aims to deliver a highly anticipated adaptation of Satoshi Mizukami’s manga when it premieres on July 8. In addition to showing more footage from the series, which will have director Nobuaki Nakanishi and anime production house NAZ covering the entire manga, the latest promo reveals the artists for the opening and ending theme.

Half Time Old is on the opening theme, “Gyoko”, while SpendMily handles the ending theme song, “Reflexion”. Check out how the adaptation unfolds in the trailer below.

Based on the manga by Satoshi Mizukami, Lucifer and the Cookie Hammer is directed by Nobuaki Nakanishi (Man’s daughter!), alongside Yuichiro Momose (So I’m a spider, so what?) and Mizukami himself on series composition, character design by Hajime Hatakeyama (Princess Connect! Re: Diving animation director) and music by Takatsugu Wakabayashi (comic psychosomatic medicine).

The anime’s main cast members include:

Seven Seas Entertainment, which publishes the official English version of the manga, describes the series as follows:

Everything about student Amamiya Yuuhi is average: her grades, her looks, and her jaded outlook on life. So what happens when he wakes up one day to a talking lizard, who informs him that there is a gigantic hammer in space, about to split the Earth into pieces, and asks his allegiance in the fight against the forces of evil? Act like it never happened! Unfortunately for Yuuhi, a bit of coercion in the form of a super-powered princess prevents her from returning to her mediocre life as usual.

In the adventure of a lifetime, Yuuhi will team up with the unpredictable princess and seek out a motley crew of companions to battle against an evil mage and his horribly powerful homunculus before the Biscuit Hammer destroys the planet!

Crunchyroll recently announced plans to simulcast Lucifer and the Cookie Hammer as part of his Summer 2022 program.

Joseph Luster is the game and web editor at Otaku Magazine United States and the editor of Sci Fi Magazine. You can read his comics at sub-humanzoids. Follow him on Twitter @Moldilox.