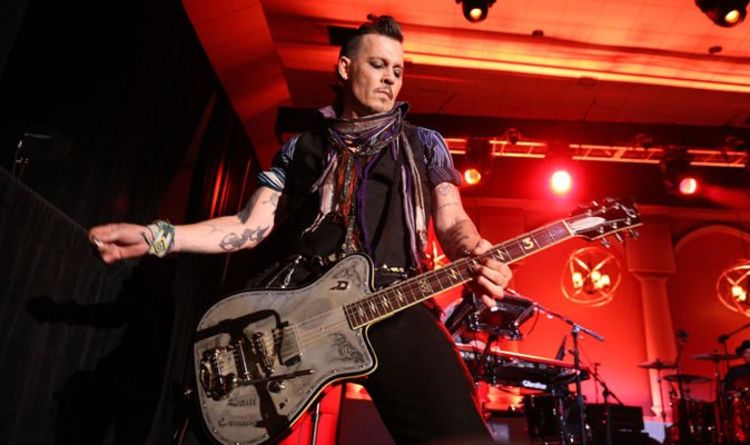 Between working on the legendary Disney Pirates of the Caribbean franchise, Johnny Depp made a name for himself as guitarist and vocalist for rock supergroup Hollywood Vampires. The group consists of Depp, Alice Cooper, Joe Perry and Tommy Henriksen. But throughout the 2000s, Depp struck up a solid relationship with a former Beatles member.

In 2013, Depp starred in the music video for Early Days, a song written and performed by Paul McCartney. The song is taken from his 2013 album New. And once he got into a music video, he knew he had to involve Depp.

McCartney said at the time: “I called Johnny Depp. I said, ‘Come on and we’ll sit down and play with these blues guys. He said, ‘Yeah, OK, count me in, man.'” Macca added, “I knew that was an offer he couldn’t refuse!” (Per Rolling Stone)

This wasn’t the first time the duo had teamed up, however.

Early Days was McCartney’s third music video that Depp had starred in. He had recently appeared in My Valentine in 2012. Before that, he had a brief appearance in Queenie Eye in 2013. McCartney laughed: “It’s becoming a running gag. He’s like the Alfred Hitchcock of my videos. And he’s Well!”

Although Depp was almost instantly thrown into the jam session clip, the singer explained that he hadn’t planned it ahead of time.

McCartney said, “No, I don’t think so. [acting] It’s my thing. I get embarrassed in front of a movie camera. Off camera, I can imitate, I can do this and that, and I’ll think, “I could be such a great actor.” So they say ‘action!’ and turn on the camera, and I go uh-uh-uh-uh-uh… I just don’t think I’m a natural.

Despite these comments, he went on to star alongside Depp in a Pirates of the Caribbean movie.

In 2017, McCartney appeared in the fifth Pirates of the Caribbean film, Salazar’s Revenge. He played Uncle Jack, the uncle of Jack Sparrow (Depp).

Pirates of the Caribbean movies are now available on Disney Plus.