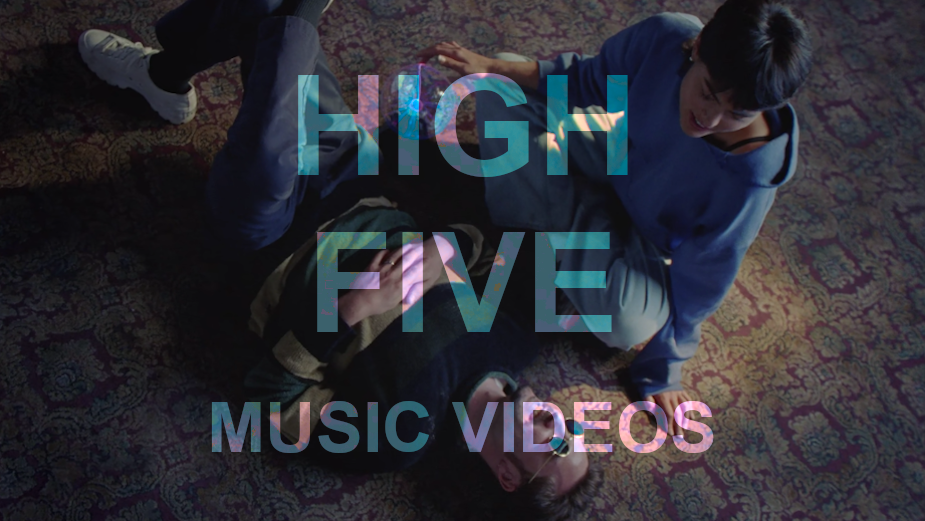 I started out as a director by making music videos. They are still one of my favorite mediums. However, I haven’t done any in ages, so I felt a bit incompetent to say which are the top five of the last 12 months. So here are five recent music videos that personally appealed to me in different ways…

One of the benefits of the music video format is the way images and sound can combine to create something bigger than the components. This video is a fine example of that, and a tremendous display of ingenuity and ingenuity in the face of the Covid-19 lockdown and (presumably) budget restrictions. I was also delighted to see the inclusion of one of my favorite places – the National Museum of Scotland.

Music videos are also great at creating glimpses of lives or worlds that don’t need to be fully explained, but where the viewer fills in the blanks and creates the rest of the story. It’s a beautiful and unsettling video, wonderfully crafted, cast and choreographed.

I wanted to include an animated video – and this is an enticing example. While feeling contemporary and original, it also reminded me of early classic 2D animation like Oskar Fischinger, but combined with the mysterious dark folk narrative of someone like Yuri Nordstein.

American Football – “Fade Into You”

I love videos with simple ideas that can be summed up in one sentence. It’s one of those, but it’s so simple it’s also very subtle, and you might not get the idea right away. But when you do, it’s fun to look at the whole thing again and spot all the connections. I say “fun”, but the video is also quite sad, and seems to say a lot about loneliness… but it’s also very beautiful.

Ok, it’s not technically a music video, but it does have some fantastic songs set to filmed footage – and it’s awesome, so I’m including it. There’s so much innovation, detail and humor in ‘Don’t hug me I’m scared‘ that the overall effect can almost be overwhelming. One of my favorite elements is the use of songs with the amazing mixed media and puppet animation techniques. Here are some of my favorite songs from the show – but it’s best to watch the entire episodes for context: “Core Values ​​Song” (17’25” – 18’25” in the Death episode); ‘Memories Song’ (20’38” – 22’50” in the episode Death); ‘Transport Song’ (5’40” – 7’50” in the Transport episode); and ‘Electracey’s Song’ (2’35” – 5’40” in the Electricity episode)

ToveLo – “Nobody Dies of Love”

Honorable mention! Five videos was really a tricky number to narrow down – so hopefully LBB can let me include that. Since music videos can often dive into the depths of moodiness and despair, I really wanted to include something upbeat, joyful, and energetic. This is also beautifully crafted and scripted, with fantastic costuming and production design. Although the ending is a bit sad, sorry…