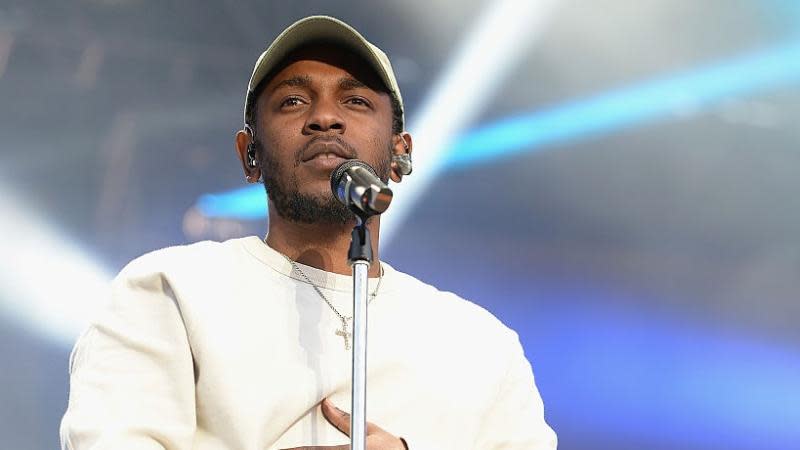 Kendrick Lamar released the official music video for his new single, “The Heart Part 5,” on Mother’s Day. After four years of silence, fans finally got their wish for new music from the talented lyricist – and it didn’t disappoint.

The video begins with a visibly anxious Lamar sharing with the audience that as he got older, he realized “life is a perspective” that can vary from person to person.

It picks up speed as it begins to deliver an emotionally charged critical analysis of the idea of ​​culture. It highlights several themes found in the city center, from violence to financial instability.

He continued to rap over a snippet of Marvin Gaye’s hit song “I Want You” before transforming into former professional football player OJ Simpson. He continues to rap, moving on to several other controversial black artists like Kanye West and the famous Empire actor Jussie Smollett. He ends the verse as superstar actor Will Smith, as he recites the line “in a land of hurting people, hurting people, f**k calling it culture”.

If that wasn’t enough, it continues on the second and third verses, transitioning into late talents like NBA legend Kobe Bryant, and finally beloved rapper and activist Nipsey Hussle. The change in verse marks a change in its lyrics, which go from tragedy to triumph.

The impressive music video sparked several conversations online. Many fans praise the poignant message Kendrick makes around trauma and culture, while others applaud the carousel of powerful black celebrities he spotlights.

The eye-catching music video is just one of many where it tells a story using expertly crafted visuals. Here are five more visually arresting Kendrick Lamar music videos to watch:

In his clip for “ELEMENT. K. Dot takes fans on a crazy journey as he talks about his personal accomplishments and what he sacrificed to achieve them. The music video begins by showing a black hand reaching skyward as it rises from a large body of water. Above this imagery, a voice cries, “You all know what’s happening on Earth, stay on Earth.”

Throughout the video, provocative images are displayed on the screen. A house burns while loved ones can do nothing but watch the flames engulf their possessions and memories. A father tries to teach his son to fight although the child seems uninterested in the lesson.

Free? is an interlude by Lamar Pimp a butterfly album with images inspired by relationship between America and the black community. The video begins with a black saxophonist playing in front of the window of an outdated, but hauntingly beautiful house. Beside him, the American flag flies as a black choir sings along with other black musicians and “Uncle Sam” alongside them.

The video takes the audience throughout the house as a woman berates Lamar for not living up to his financial expectations. Over the course of the song, Kung Fu Kenny fires back, drawing parallels to America’s unfair criticism of black men.

Many historic visuals are featured throughout the song, from historic black caricature statues to a vintage black jazz band.

The music video for the song “i” showcases much of the beauty of black culture from the past to the present. The music video begins in a club where black people from seemingly different backgrounds come to have a good time. The children curiously watch from above the beautiful silhouettes of black people dancing in the room. A woman is seen braiding Lamar’s hair, an ongoing cultural pastime.

In this video, Lamar walks around town, embracing self-love despite the rest of the community appearing to be in shambles. Throughout the video, others join in, also choosing to look within rather than focus on what is happening around them.

Settled in the corner of a dimly lit room, Lamar sits at a table with a bottle of booze, visibly drunk. He raps about battling his inner demons, chanting “Loving you is complicated.”

The video cuts to a clip of Lamar being baptized, with his head held underwater for so long he nearly drowns. This is juxtaposed with imagery of several women attempting to seduce Lamar. He raps about the ever-present temptation of evil and his relentless struggle to fight it.

Its second verse features Lucy, a possible metaphor for Lucifer, God’s adversary in the Bible. As he recalls his conversation with Lucy, Lamar is in a trance-like state as several other women enter the scene to tempt him. The video ends with him crossing a bridge, an introduction to his hit song, DAMN.

Kendrick wows fans with his hit song, “Humble,” a landmark track debuting on his fourth studio album. As the clip begins, fans find K. Dot dressed head to toe in priestly vestments as a bright light shines on him from the window of what appears to be a church.

In an interview with rolling stonehe shares this in the song, he brags about his accomplishments while simultaneously appealing to his ego. Music video recreates Leonardo da Vinci The last supper as Lamar and his companions assume the role of Jesus and the 12 disciples. In many scenes, fans see the star posing with a united group of black men wearing various styles of clothing that evoke different meanings.

10 Celebrities You Didn’t Know Made Cameos In Music Videos