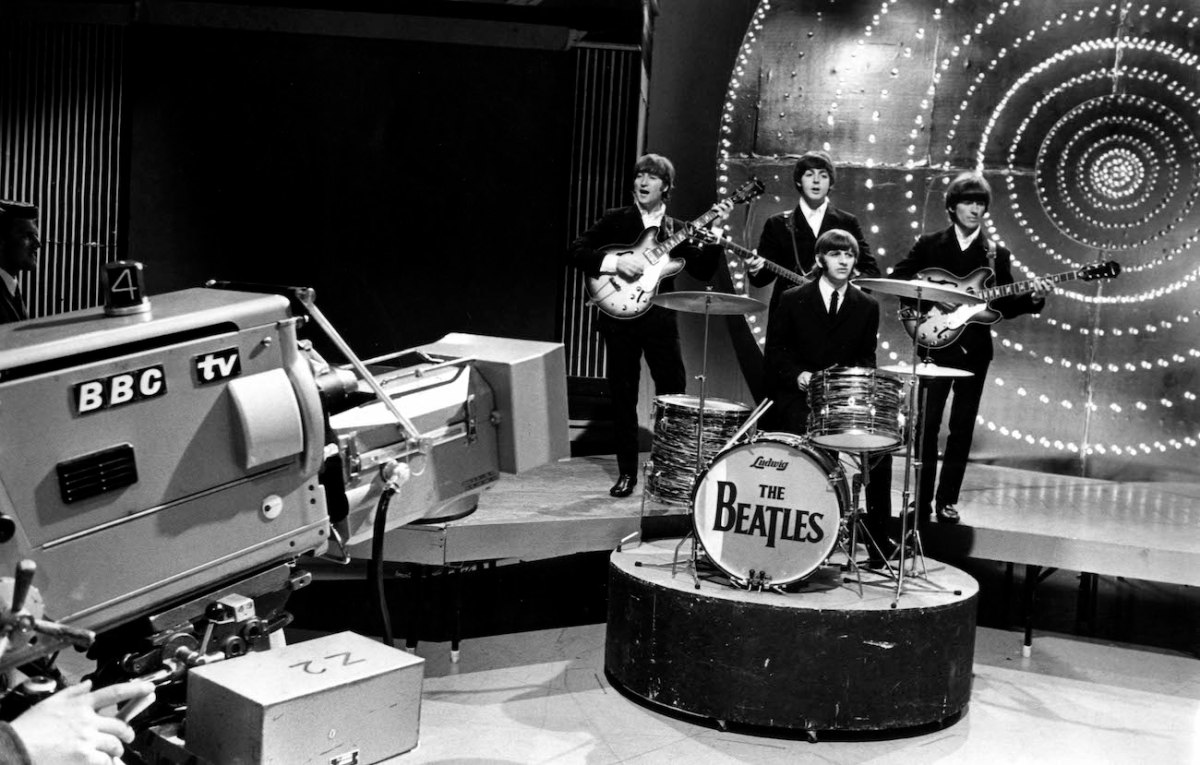 George Harrison said the Beatles made music videos because there was “too much mania”. Plus it was cheaper than going on shows like the BBC ones top pops. It was a simple, profitable and practical decision for the group, not a creative decision.

In 1966, the Beatles were exhausted, mentally and physically, having traveled the world virtually non-stop since becoming famous. It had exhausted them, made them paranoid about the assassination, and bored them. Beatlemania was in full swing and they wanted out.

They had become the first rock band to play in a sports arena, Shea Stadium, in 1965, performing in front of the biggest audience ever. Still, the screams of the fans roared louder than the PA system. They started to wonder about the point of touring if it made them so tired and the fans weren’t interested in listening to them.

To the dismay of fans, the Beatles took touring out of the equation. Since they also couldn’t go anywhere in person, they also cut the TV performances. However, they knew they still had to connect with their audience in some way. It was then that they recruited filmmaker Michael Lindsay-Hogg, then director of the British music show On your marks, ready? Go! By making music videos and promotional films, The Beatles could stay on people’s television screens, but not in person.

Lindsay-Hogg told Entertainment Weekly, “They thought it would be a good idea to do their own videos. Then they wouldn’t have to appear themselves. They could just ship them all over the world.

George explained that the Beatles made music videos out of necessity because there was “too much mania”. The Beatles couldn’t go anywhere, let alone a television studio for a performance.

He told MuchMusic: “It happened because it got too hard to get into the TV channels and do our ‘Top of the Pops’ part, didn’t it? There was too much mania at that time. So we just thought we were going to buy a camera.

RELATED: What Would George Harrison Think Of The Beatles’ New Super Deluxe ‘Revolver’?

Making a very low-budget music video was cheaper than appearing in television studios. Hanging out with their entourage all over the world costs a pretty penny. Eventually, all they needed was Lindsay-Hogg and a field. Beatles music videos for songs like “Rain” and “Paperback Writer” cost next to nothing.

All of the band’s music videos were a necessity. They allowed the band to space out the much-needed crowds while keeping them connected with their fans. The easier they were to make, the better. Simplicity was the key. The Beatles didn’t think about their music videos like some artists these days. They weren’t very conceptual videos, mainly because the art of making music videos didn’t exist yet.

Their simplistic videos were cutting edge.

George continued, “But then we used to have a cameraman with a 16mm, and we would just go out into a field and do it, you know? They didn’t have all these concepts and weren’t trying to spend $200,000 on three and a half minutes of nonsense.

The Beatles could have had a highly conceptualized music video for “Paperback writer”. Lindsay-Hogg pitched a storyline where Paul McCartney played a “moonlight” journalist as a novelist. However, the band’s manager, Brian Epstein, rejected the idea.

He “didn’t want anything unusual,” Lindsay-Hogg said. Still, the director tried to add “another ingredient” to the Beatles playing their instruments in the garden. “With The Beatles, their faces say as much as watching them mimic the guitar,” said the director.

Lindsay-Hogg had to be more creative on other Beatles music videos later, including that of “Hey Jude.” He also helped the Fab Four on So be it, even though the band hated the movie. In 1968, Lindsay-Hogg also extended her creativity by conceptualizing The Rolling Stones Rock and Roll Circus.

The director could have given the Beatles a simple but conceptualized music video for any of their songs. However, the band wanted the easiest way to keep in touch with fans without dealing with them in person. They were innovative enough to come up with this idea.

RELATED: George Harrison Thought It Was Funny That Paul McCartney Wanted To Write Songs With Him In The 1980s