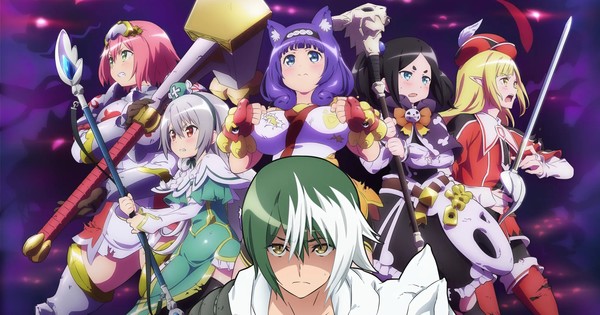 The anime will enjoy an early screening event on September 10 at the EJ Anime Theater in Shinjuku. Cast Members Katsumi Fukuhara (Kikuru) and Carin Isobe (Hitamu) will be present. There will also be another advanced screening event on September 17 at T Joy Kyoto. The actors Fukuhara and Ayano Shibuya (Maidena) will be present. Another screening will take place the same day at Miyako Messe Stage with Fukuhara and Shibuya.

The anime will be released in October.

The story follows skilled hunter Kikuru Madan, who decided to retire for fear of wasting his youth. One day, a guild staff member suggests that he go on a quest with a new martial artist named Hitamu Kyan. However, she continues to be hit by one monster after another.