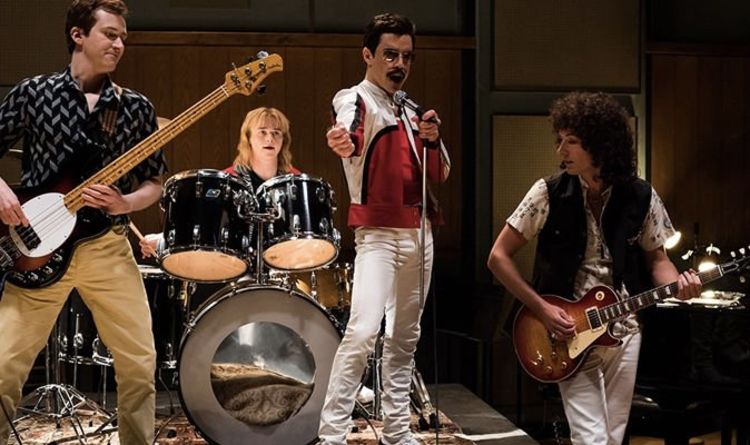 Bohemian Rhapsody may be one of Queen’s best-known songs, but it’s only part of a well-stocked discography. The inimitable rock band has a catalog of which any music lover could sing at least three songs. From arena hits like We Will Rock You to ballads like Somebody to Love, Queen wrote some of the best songs of the 20th century.

What are the songs from the Bohemian Rhapsody soundtrack?

Queen, in its current form without the late, great Freddie Mercury, compiled the music for the film.

Both Brian May and Roger Taylor were heavily involved in the production of the film, so the soundtrack was always going to be impressive.

The Live Aid material was recorded during the July 1985 show at Wembley Stadium in London, England.

BOHEMIAN RHAPSODY: YOU WON’T BELIEVE WHAT THE VAMPIRE MALEK MOVIE WAS IN

The soundtrack includes versions of the songs Bohemian Rhapsody, Radio Gaga, Hammer to Fall and We Are the Champions.

For example, a new version of We Will Rock You incorporates both a studio cut and a live audio performance with audience participation.

There is also a version of Don’t Stop Me Now which features new guitar parts by Brian May.

BOHEMIAN RHAPSODY END CREDITS: IS THERE A POST-CREDITS SCENE?

Someone to Love, from A Day at the Races.

Doing All Right… Revisited, performed by Smile; unreleased by Queen.

Bohemian Rhapsody, excerpt from A Night at the Opera.

Love of My Life, live at the Rock in Rio Festival, Friday January 18, 1985 unreleased from A Night at the Opera.

We Will Rock You, a new mix of films; unpublished from News of the World.

Another bites the dust, from The Game.

I want to break free, from The Works.

Under Pressure, Hot Space, although in the film the song was only performed by Queen.

Who Wants to Live Forever, from A Kind of Magic.

We Are the Champions, from Live Aid, Wembley Stadium, London, Saturday 13th July 1985; previously unreleased audio-only from News of the World.

The show must go on, from Insinuation.

The Bohemian Rhapsody soundtrack is available to purchase and stream now.