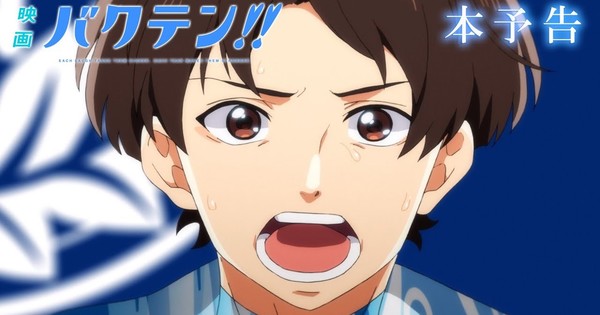 The official site of the next Backflip!! (Bakuten!!) The animated film based on the original television anime revealed the new trailer for the film on Friday, which reveals and previews centimillimentalit is insert a song “Hikari no Naka kara Tsutaetai koto” (Something I want to tell you from within the light). The website revealed that the film will premiere on July 2.

The website also revealed that the group wacci will perform the theme song “Bokura no Ippo” (Our Unique Step).

The film will depict the men’s rhythmic gymnastics team “Ao High” final challenge in the inter-high tournament and feature a returning cast and staff.

the Backflip!! original television anime premiered on Fuji TVit is Noitamina programming block in April 2021. Crunchyroll streamed the anime as it aired in Japan. The 12th and final episode aired on June 18.

The anime, which takes place in Miyagi Prefectureis one of three anime projects that are part of the larger “Zutto Ōen Project 2011 + 10…” initiative to promote Miyagi, Iwate, and Fukushima (the other two anime projects are Misaki no Mayoiga and Hula Fulla Dance). “Project Zutto Ōen 2011 + 10…” is in remembrance of the 2011 Tōhoku earthquake and tsunami 11 years ago.

The anime takes place in Miyagi Prefectureit is Iwanuma City, and centers on a high school rhythmic gymnastics team. The anime follows Shōtarō Futaba, who becomes fascinated with gymnastics after seeing it in his third year of middle school, and joins the rhythmic gymnastics team at his new high school Sōshūkan High School, nicknamed “Ao High”. He befriends his classmate Ryōya Misato, who rose to prominence as a gymnast in middle school.

Kei Sakuraba drew a manga adaptation, which premiered in Kodanshait is Dessert magazine in January 2021. The manga ended on September 24.