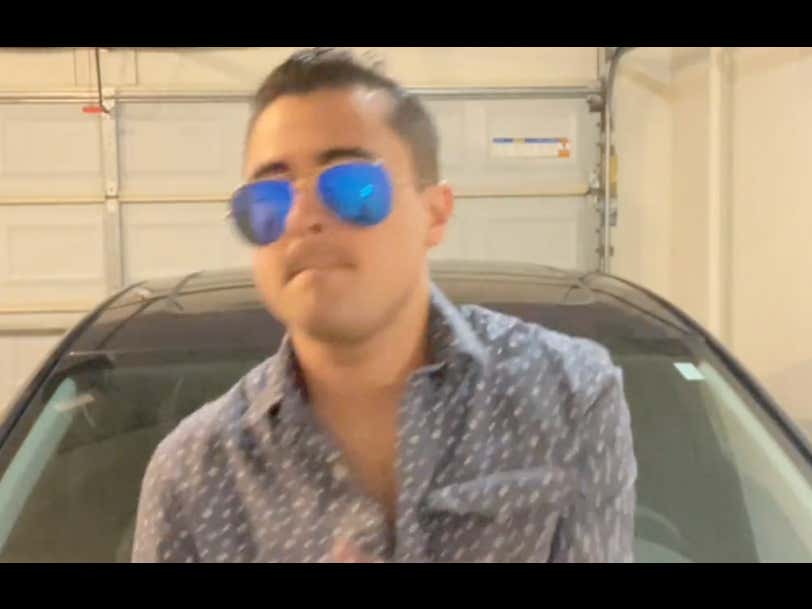 Apparently Chris Castellani has a vault of unreleased music videos and we the people have to demand that he release them.

Earlier this week, Chris Castellani took the internet by storm when he released his cover of Bobby Brown’s “My Prerogative”:

Absolutely amazing. If we ever write “Best Cover Songs” on The Dog Walk and it doesn’t go 1-1, we should just cancel the podcast all together. Laugh out loud funny in every way.

So because of that, we had Chris on our On The Guest List music podcast to talk shop. Chris detailed how Prince, in the mid-90s, had over 200 hours of never-before-seen documentary footage that he swore would never see the light of day. The reason was that he was such a perfectionist that he didn’t want to release anything that didn’t live up to his standards.

Once he died, whoever inherited that never-released footage listened to it and it was an incredible shitty gold mine. That’s also what Chris has. Just a VAULT of music videos like the one above:

Chris BETTER is starting to drop these videos as much as I can or else I will voice my displeasure with him on social media. Because this video was awesome. It made my day. In a sea of ​​negativity that is…well…literally everything in the year 2022, cheesy, but actually well-produced music videos are needed. They make the internet great.

And the real talk – Chris REALLY knows his shit about music. I didn’t know he had that side, but he does. He was a great interview and sparked a ton of awesome dialogue with us. Find the full interview here:

We actually had a ton of high-profile guests on the show. Ice Cube, Foo Fighters’ Chris Shifflet, X Ambassadors, Neon Trees, KONGOS, Andy Grammar, The Black Keys, OAR, and we have an interview scheduled for next week. You might recognize him in this photo:

Marty Schwartz is coming soon. He only taught…a million people to play the guitar. Listen. Thanks.