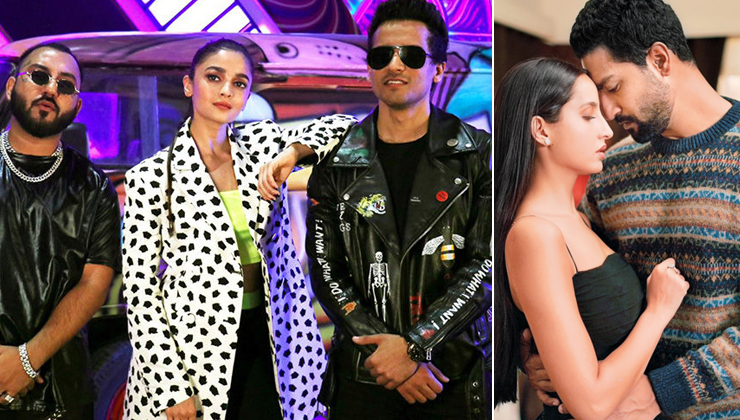 Music is an integral part of the Indian entertainment industry as there is a song here for every mood and every occasion. Whether it’s a wedding or a festival, we love to rock the dance floor with the latest hit parade. The music videos were also a stepping stone for many in the modeling world to take a big break in Bollywood. Shahid Kapoor, Deepika Padukone and John Abraham are some of the best examples.

This trend was very popular in the 90s′. But lately, we have seen many popular actors like Alia Bhatt, Vicky Kaushal and Emraan Hashmi venture into the world of music videos. These Bollywood actors have also won over fans with their music videos.

Here are some Bollywood actors who have appeared in music videos and managed to get some attention:

Alia Bhatt left her fans in awe of her acting skills. The actress is also known for her singing skills and has lent her voice to a few songs from her movies like Highway, Humpty Sharma Ki Dulhania and Udta Punjab. But few people know that Alia Bhatt also released her single Prada with The Doorbeen in 2019. Sung by Doorbeen and Shreya Sharma, it has over 60 million views on YouTube.

Vicky Kaushal and Nora Fatehi reunited for an emotional Pachtaoge number in 2019. The actor was seen playing the role of a heartbroken husband after discovering his wife’s affair with someone else. The love triangle ultimately ends with the death of Kaushal’s character. The song was featured by Bhushan Kumar’s T series and sung by Arijit Singh. Music is by B Praak and composed and written by Jaani

In 2015, Emraan Hashmi and Esha Gupta were featured in the music video Main Rahoon Ya Na Rahoon. The song immediately became one of the most loved songs of the year. The song was composed by brothers Armaan Malik and Amaal Mallik, and released by Bhushan Kumar’s T series.

Hrithik Roshan and Sonam Kapoor were featured in the music video Dheere Dheere Se sung by rapper Yo Yo Honey Singh in 2015. The song garnered over 470 million views on YouTube. The sizzling chemistry between the two actors helped the video cross five million views within 4 days of its release.

Akshay Kumar has teamed up with Nupur Sanon for a music video titled Filhaal. Composed by B Praak, written by Jaani and produced by Arvindr Khaira, it became the 50th fastest song to cross 800 million views on Youtube World Charts in 2020. The duo soon collaborated for Filhaal 2-Mohabbat which was also very popular with fans.

Tiger Shroff has a proven track record in acting, dance and stunt work. The actor also successfully ventured into music videos with his debut song Unbelievable. The song is directed by Punit Malhotra, and the music and lyrics were directed by New York duo DG Mayne and Mumbai-based Avitesh Shrivastav respectively.

The versatile actress teamed up with Tiger Shroff for the soulful romance number Chal Wahan Jaate Hain. The sizzling chemistry between the Heropanti stars has been adored by fans. The song was featured by Bhushan Kumar’s T Series and conducted by Ahmed Khan in the melodious voice of Arijit Singh.

When will Ayumu make his move? Reveal the artists of the theme song