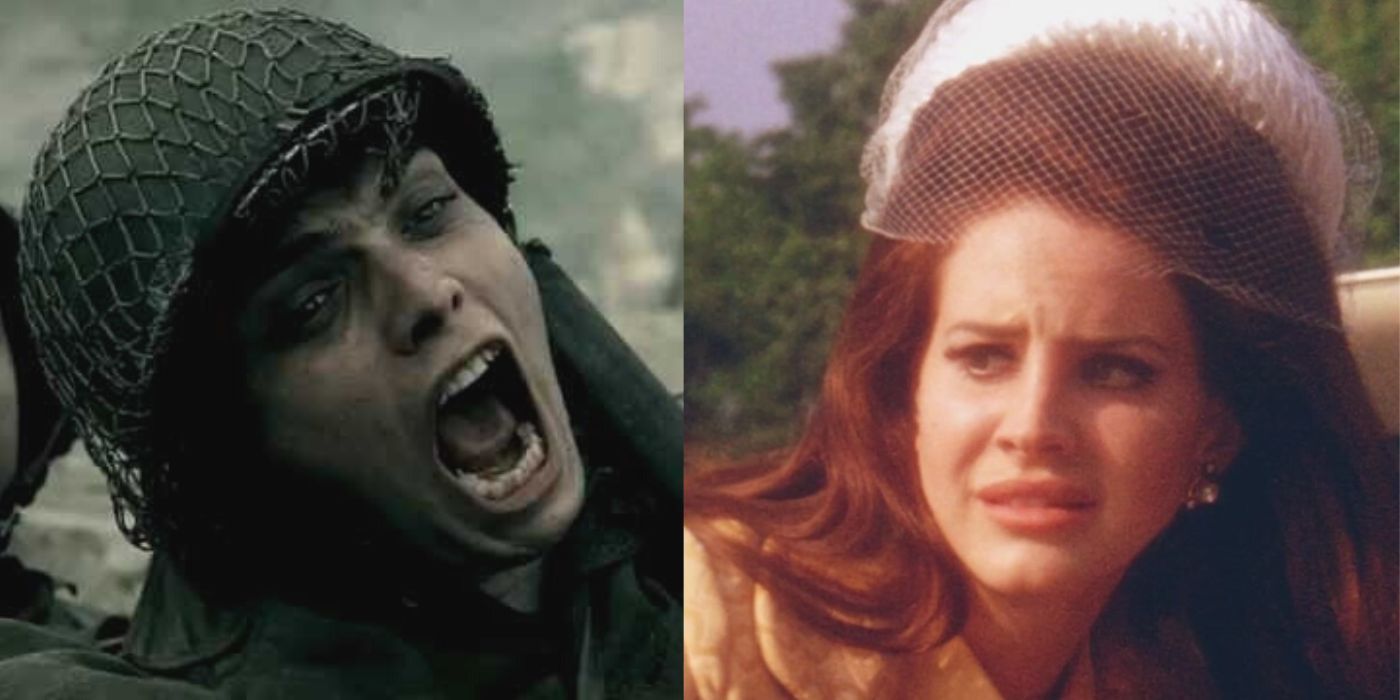 From pivotal events like World War II to the rise of groundbreaking celebrities like Marilyn Monroe, history plays a big role in art. The art of music videos can often uplift and entertain fans, but certain bands often hold space to shed light on bigger issues.

“We Didn’t Start the Fire” by Billy Joel

Possibly the most reference-packed song ever, it would be nearly impossible to explain all of the cultural scenarios Billy Joel touches on in “We Didn’t Start The Fire.” From celebrities to world wars and even cultural movements, Joel details everything in this historical review of decades past.

Related: 10 Celebrities You Didn’t Know Made Cameos In Music Videos

The clip itself is filled with vintage aesthetics, kids playing pretend with historical figurines, and other diverse cultural references. The world today is just as chaotic as the music video shows, making for a very accurate rendition even today.

Knowing Lana Del Rey’s artistry and interest in all things vintage, it’s no wonder she opted for the classic ’60s aesthetic for this music video. From references to Marilyn Monroe’s classic “Happy Birthday” performance to a modern take on John F. Kennedy to Lana herself playing beloved first lady Jackie Kennedy, the “National Anthem” video is filled with plenty of historical references.

Rapper A$AP Rocky also made an appearance as a modern iteration of John F. Kennedy, bringing the perfect blend of classic homage and custom twists. The singer also inserted a monologue at the end of the video, written from Jackie’s perspective shortly after John’s tragic death, which the video also re-enacted in a more censored way.

“This is America” ​​by Childish Gambino

Viewers would naturally have to watch the “This Is America” ​​clip multiple times in order to catch all of the hidden messages, but there are a few re-enactments that stand out among the rest. All in all, the fact that the distraction of entertainment eclipses gun violence works as a pretty significant symbol for modern society.

Fans noticed even smaller historically accurate details that could have been part of the bigger picture, from Gambino’s Confederate-style pants to exaggerated dance moves and expressions that could have paid homage to the Jim Crow cartoon. The video strikes the perfect balance between humor and devastation, which fans say perfectly encapsulates the American experience.

Many fans know Bob Marley as a peaceful, laid-back reggae singer, so there’s no doubt that he enjoyed using his platform to address important issues. As a whole, the song deals with the true history of the Buffalo Soldiers of the 1800s.

Marley details how the soldiers were an extension of the U.S. military brought in to help “control” Native Americans on American soil. With lyrics like “Taken from Africa, Brought to America, Fighting on Arrival, Fighting for Survival”, it’s clear Marley insisted on telling the authentic story of the soldiers’ purpose while evoking racism. and ongoing oppression.

Fall Out Boy’s video for “Centuries” recreates the story of ancient Rome and contains many biblical references. From the symbolism of the crucifixion to the re-enactment of the battle of David and Goliath, the band showcases several artistic visuals for fans to enjoy.

In the video, each member of the group takes turns trying Goliath before deciding to essentially work smarter not harder, inevitably defeating him with only a slingshot. With lyrics like “we’ll go down in history, remember me for ages”, this specific story was very applicable, because it doesn’t matter what people may miss, but how you can outsmart and prevail.

“Ghost Of You” by My Chemical Romance

Set during World War II, My Chemical Romance’s “Ghost of You” video is inspired by the historic wartime event, with some scenes even paying homage to the popular film. Saving Private Ryan. While MCR wrote this song out of the general fear of losing loved ones, the choice to include World War II details fit well with the song’s original message.

Related: 10 Realistic War TV Shows To Watch If You Like Saving Private Ryan

While it’s obviously pretty taxing on families to have a loved one go to war, the video really details the sacrifices soldiers make for freedom and those they love. Although it’s a dangerous feat, it takes a special person to muster the courage to fight for their family and friends.

“Glory” by Common and John Legend

“Glory” was originally written for the Selma movie, because it encapsulates the civil rights movement as a whole. Even the mix of R&B-style vocals, as well as Common’s hip-hop flair, is significant, as both musical genres were created and dominated by the black community.

From protests to evangelism to leaders like Rosa Parks and Martin Luther King Jr., the video reveals important moments from the film, with Common even detailing specific events and why they’re important to spotlight today. Many wonder why it is important to dwell on the painful past that is history, but to move forward it is important to recognize the world’s past and actively grow from it.

Although Dave Matthews Band is known for its more earthy and peaceful musical vibe, the frontman came up with the idea for “Don’t Drink The Water” while admiring the beauty of Lake Superior. According to a 1998 interview with all stars music, the singer admired the beautiful landscape, thinking how peaceful it must have been before outsiders came to steal the land and leave the place and its natives in ruins.

The purpose of the song is to highlight the atrocity that is the slaughter of indigenous peoples. Despite the song’s darker motif, the song features Alanis Morissette singing backup vocals and provides fans with an ironically beautiful sound.

NEXT: 10 Music Videos That Rocked The World In The 80s

An entertainment content writer for ScreenRant, who knows a little too much about cheesy things. Whether it’s behind-the-scenes facts about music, movies, TV shows or comics, Kallie is ready to talk about it, whether you like it or not!