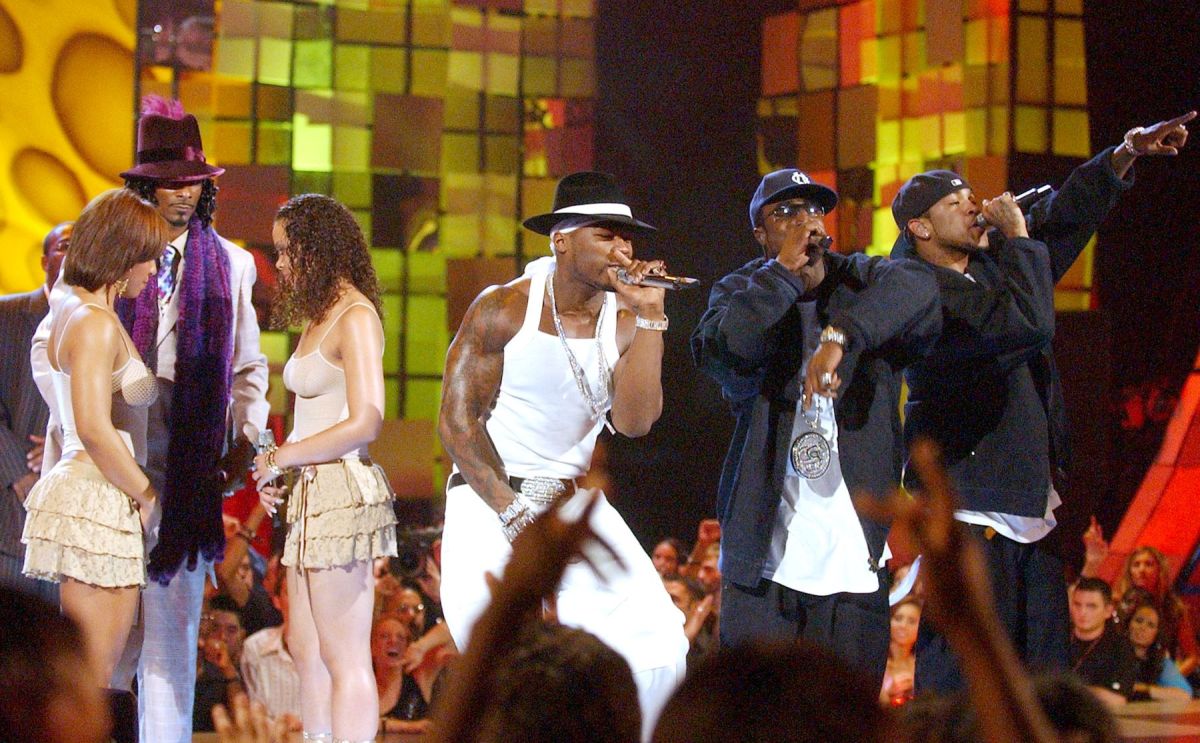 It’s been nearly 20 years since rapper 50 Cent’s 2003 hit “In Da Club” topped the charts and made the musician one of America’s most recognizable hip-hop artists. Since then, 50 Cent has tried his hand at other forays into different parts of the entertainment world, including in front of the cameras and behind the scenes on shows like Power.

Let’s take a moment to reflect on five of the star’s most iconic music videos that helped him get to where he is today.

IMVDb shows a long list of hit songs for 50 Cent, but the 2003 hit “In Da Club” is the only one of many ’50s singles to top the charts. It’s also the song that propelled him to superstar status. The video opens with a sleek vehicle driving through deserted roads “Somewhere . . .” before taking us to a futuristic bunker where a video of Eminem plays on the wall.Soon after, Eminem and Dr. Dre are seen watching robot surgeons complete operations on an unconscious (or disabled) 50 Cent.

The rest of the video takes us through the song with its signature “it’s your birthday” line. While the lyrics are a pretty simple reflection on getting drunk and having sex, the video has a deeper meaning where “birthday” is the day this futuristic 50 Cent was created, which heralds simultaneously its “birth” on mainstream hip-hop. stage.

What could be more emblematic of music in the heyday of 50 Cent than the iPod with the click wheel? This is how this YouTube video opens.

What begins as a fairly typical hip-hop trope of the artist surrounded by scantily clad women takes an absurd turn as the scene cuts to the “Pimp Legion of Doom Headquarters”, a space decorated with a line of men (Snoop Dogg playing a character in the center) in a cartoonish array of “pimps” clothing. As they consider whether or not to let newcomer 50 Cent into the Legion, 50 brandishes his magic staff, a shining gold cane.

At this point, the sketch returns to the song and Snoop Dogg’s verse. Although 50 Cent has had many interesting collaborations over the years, this playful take on the role of “pimp” could only be achieved with Snoop.

“21 Questions” forays into the storytelling mode for the music videos that became increasingly popular when it was released in 2003. The video opens with 50 Cent as a drug-dealing character happily counting his money at home with her partner when the police burst in the door. As the two try to dump the drugs and hide the money, it’s clear they can’t make it.

The scene cuts to 50 Cent in the back of a police car with several other men, and he sings the lyrics – a song about whether the singer’s girlfriend would still love him if he wasn’t. not rich. The video also has a twisted ending which you should check out if you haven’t watched it yet!

Another video that takes a cinematic approach to its subject matter, “Many Men (Wish Death)” opens with a voiceover as the narrator leads viewers back to “starting over from the beginning.” As 50 Cent’s character is the victim of a drive-by shooting, the song begins and the lyrics focus on 50 being targeted by “a lot of men”. The whole vibe of the song taps into an era of gangsta rap that 50 Cent has since talked about as a kind of lost art.

The rest of the song runs through a series of revenge scenes, police investigations, and a story of “two street kids, now men”, who got into a vicious feud.

“Just a Lil Bit” is another video where 50 Cent plays a character. This time his name is El Jefe. Flanked by a trio of gorgeous women, El Jefe and his band travel to another country on a road trip that ends in a bag full of cash and multiple crime scenes.

As the women each help El Jefe take down his rivals through the power of seduction, the entire video has a kind of Bonnie and Clyde meets gangsta rap.

RELATED: Why 50 Cent thinks the streets have nothing to do with his success