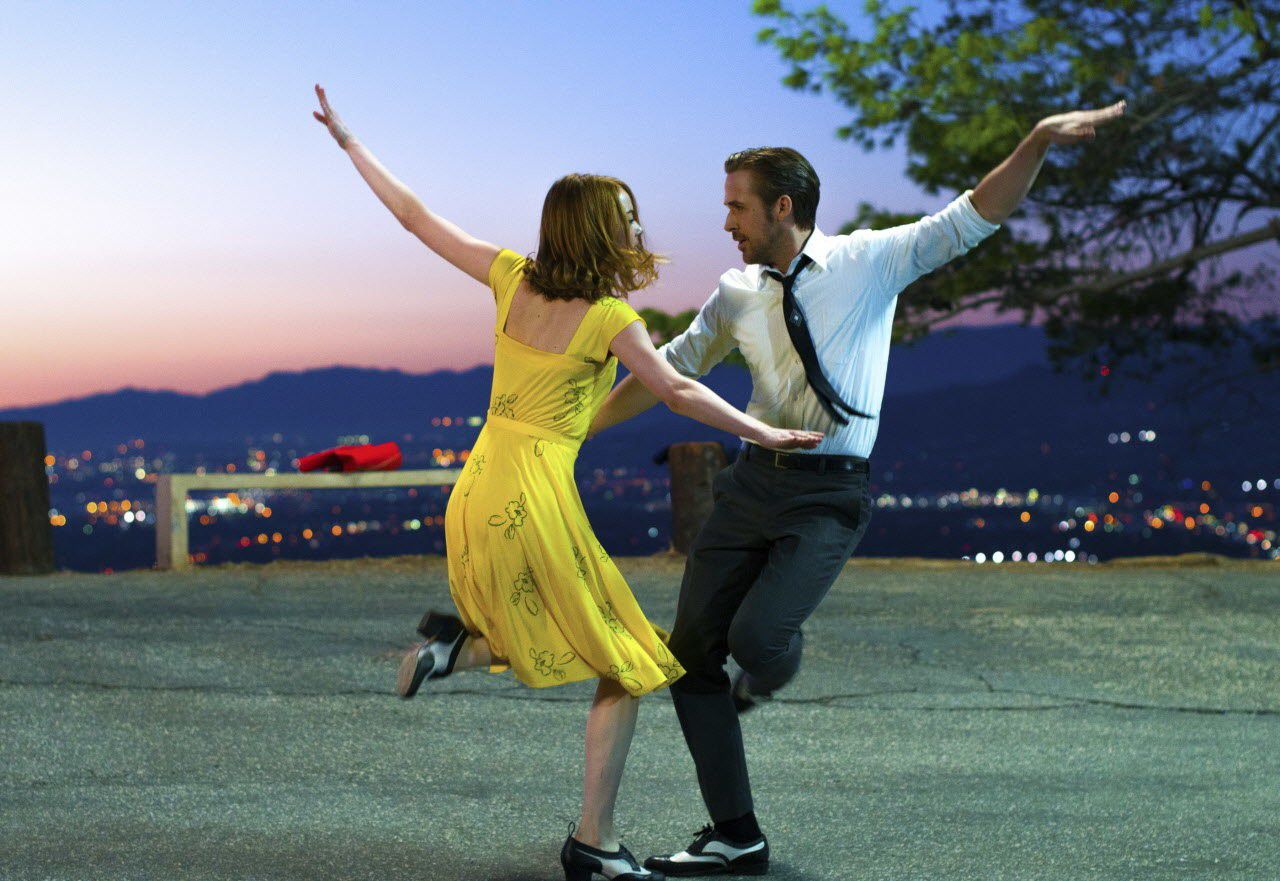 CLEVELAND, Ohio — “City of Stars,” the song from “La La Land,” is set to walk away with top original song at 89and Academy Awards, is a fascinating work.

No matter what you think of the film led by Ryan Gosling and Emma Stone, “City of Stars” is certainly part of the fiber “La La Land”, like a long letter to the Hollywood dream.

This only ranks the song among the best movie tracks released since early 2000.

Bob Dylan’s voice isn’t the best on the song he wrote for the movie “Wonder Boys.” Still, it’s a late-career songwriting showcase for the greatest songwriter who ever lived. It won Dylan the Oscar for Best Original Song at the 2001 Academy Awards.

In an unlikely collaboration, superstar Taylor Swift has teamed up with alt-country duo The Civil Wars for “Safe & Sound,” a gripping track from the soundtrack to “The Hunger Games.”

“Spider-Man 2” is one of the best superhero movies of all time and boasts one heck of a soundtrack, led by Train’s “Ordinary” and that Dashboard Confessional song that goes full emo mode.

Not only did Oscar Isaac star in the high school reunion movie “10 Years,” but he also wrote and sang the movie’s sentimental song “Never Had,” which foreshadowed his work in “Inside Llewyn Davis.”

Randy Newman is known for his adorable movie tunes and delivered an instant classic for the original comedy “Meet the Parents.”

Bruno Mars was riding high on a string of big singles when he released “It Will Rain,” a tearful ballad for the “Twilight” franchise.

“Accidentally in Love” has the distinction of being the Counting Crows’ last chart hit. Call it the power of Shrek.

Tegan and Sara’s The Lonely Island and “Everything Is Awesome” played a big part in the marketing campaign for blockbuster “The Lego Movie,” but were snubbed at the Oscars.

Lorde’s dramatic musical style on “Yellow Flicker Beat” was perfect for the opening act of the home stretch of “The Hunger Games” and tied in with the singer’s compelling work on her debut “Pure Heroine.”

Karen O has come up with a whimsical theme song for the adaptation of “Where the Wild Things Are.” As great as it was, “All Is Love” somehow missed out on the Best Original Song category at the 2010 Oscars.

Lady Gaga’s song for ‘The Hunting Ground’ documentary is musically as powerful as her message, calling for an end to violence against women on college campuses.

Pearl Jam’s Eddie Vedder put his acoustic songwriting skills to good use on the stellar soundtrack to “Into the Wild.” The standout song “Guaranteed” captures the self-discovery vibe of the film’s companion.

On its own, “Skyfall” might not be the biggest theme in “James Bond.” But coupled with the film’s opening credits, Adele’s melody grabs you and never lets go.

“Come What May” was originally intended for Baz Luhrmann’s “Romeo + Juliet”. But the song was still hanging around when he was working on “Moulin Rouge!” and fit perfectly.

The opening strings of Paramore’s “Decode” will bring many “Twilight” fans to center stage. The song follows the band’s breakthrough album “Riot!” and came out just as Hayley Williams and company were becoming superstars.

“Her” is an emotionally complex film, but the Karen O song that stands out from the film is simple in its beauty.

“City of Stars” really sums up the vibe of “La La Land.” Sometimes (often, in fact) dreams come with sacrifice, and it’s never felt more than in the film’s final sequence, where Ryan Gosling eloquently sings “City of Stars.”

John Legend and Common’s anthem of “Selma” became a rallying cry for the film, which had been snubbed for several major awards.

“Crash” is meant to tug at your heartstrings, almost at fault. The film certainly found the perfect song to amp this up with Bird York’s “In the Deep.”

“Listen” might be the best performance song on this list, as Beyonce delivers an epic vocal performance, showing why she was chosen to star in “Dreamgirls.”

Adam Levine delivers the goods on the title track to “Begin Again,” a track about love, loss and rediscovery that could have been a hit for Maroon 5.

It’s hard to write a song for a movie. It is even more difficult to write a track in the film intended to advance the plot. Three 6 Mafia was given such a task for “Hustle & Flow,” riding “It’s Hard out Here for a Pimp” for an unlikely Oscar win for Best Original Song.

‘Jai Ho’ played a huge role in sparking love for ‘Slumdog Millionaire’ and allowed composer AR Rahman to showcase the power of Bollywood dance. The song would be remixed and covered by artists around the world.

Even without “Despicable Me”, Pharrell’s “Happy” would have been a huge hit. The song took on a life of its own, becoming one of the most downloaded movie songs of all time.

“Let It Go”, the rising theme of “Frozen” was impossible to escape. The track, sung perfectly by Idina Menzel, was a bit of a comeback for Disney from a musical standpoint, reminding us that the company still owns a lot of the space for great movie songs.

From this point on, anyone writing a sultry song for the “Fifty Shades of Grey” movie franchise will have to steer clear of The Weeknd, who nailed it the first time with “Earned It,” a beaming top-five hit. with sexual energy.

The emotional weight and harrowing struggles of “The Wrestler” might be impossible for any performer other than Bruce Springsteen to capture. But, with the film’s title track, The Boss really delivered the essence of the film the same way he did with “Philadelphia.”

Eminem’s massive success went hand in hand with his film “8 Mile,” which encapsulates the underdog spirit of what it takes to go from nothing to something in the world of hip-hop.

There are perhaps a handful of songs ever written for movies that sound better than “Falling Slowly.” “Once” is, of course, a film about the power of music and its centerpiece is Glen Hansard and Marketa Irglova’s tour de force. It’s as unforgettable as it gets.

The honesty of the songs from “Lego Batman Movie”

16 Original Disney Channel Movie Songs You Loved As A Kid