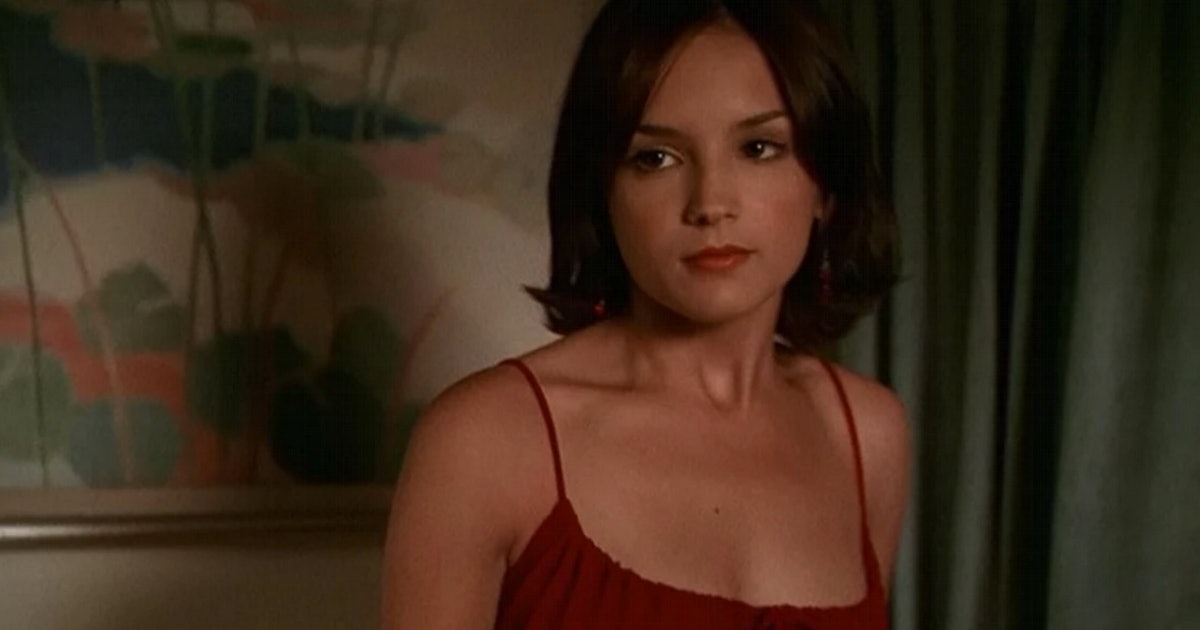 If it’s okay with you, I’d like to pour a bottle of Bath and Body Works Cucumber Melon lotion for a very special era in cinema: the teen comedies that hit theaters between 1998 and 2001. not OK for you, will a bottle of Art Stuff Blazin’ Blueberry Glitter Spray do the trick?) Movie buffs will be forever spoiled by this era of cinema, because it’s the era that bequeathed us jewelry cinematographic such as 10 things i hate about you, Drive me crazy, I can hardly wait, and She is all that. These great movies warned audiences against sheep, introduced us to Laney Boggs’ falafel hat, and used a pair of Skechers and a Prada backpack to illustrate the difference between “I like” and “I like “. Teen movies from the late 90s/early 2000s are all quotable, re-watchable, untouchable things.

You know what else these movies have going for them? Great *~kewl~* tunes, man. Great tunes ~*kewl~*. There’s no denying the songs from teen movies of the late 90s and early 2000s. And yes, in fact, we are about to listen to some of these songs now. Go ahead and roll some shimmer gel on your lids, put on a camisole and shrug sweater, slip on your best tie belt through your low-rise denim belt loops, and turn on your Discman. It’s about to get very turn of the millennium here.

“Can’t Get Enough Of You Baby” by Smash Mouth

The Smash Mouth cover of the ? & the Mysterians track appears in the 1998 film I can not wait.

“I want you to want me” via letters to Cleo

This version of the Cheap Trick jam is one of two Letters to Cleo covers that appear in 10 things i hate about you. (The other being Letters to Cleo’s rendition of Nick Lowe’s “Cruel to Be Kind”.)

It appears in She is all that and Passport to Paris.

You may remember it as the Jaw-dropping pavan song.

“(You Drive Me) Crazy (The Stop Remix!)” By Britney Spears

“3 Little Words” by Josie and the Pussycats

Raise your hand if your AIM S/N was “Punkrockpromqueen” plus some numbers.

“Attack of Charm” by Leona Ness

Singer-songwriter Leona Ness’ breakthrough single is in a 2000 film Everything that’s necessary.

This bop Veruca Salt is the first song of Guess what.

Makes No Difference by Sum 41

Sum 41served brought pop-punk to the Bring it on soundtrack.

This disc is presented in Drive me crazy.

“Keep Loving Yourself” by The Donnas

Donnas’, uh, The Electrocutes’ cover of the REO classic Speedwagon (aka the Nicole and Chase song) can be found on the drive me crazysoundtrack.

“The Rockafeller Skank” by Fatboy Slim

It’s inside She is all that AND American pie? It could very well be The Ultimate Late ’90s Teen Movie Song.

“Kiss Me” by Sixpence None The Richer

In fact, wait. This She is all thatthe tune could be The Ultimate Late ’90s Teen Movie Song.

Nope. I take it all back. This is the ultimate late 90s teen movie song. Don’t let it down.