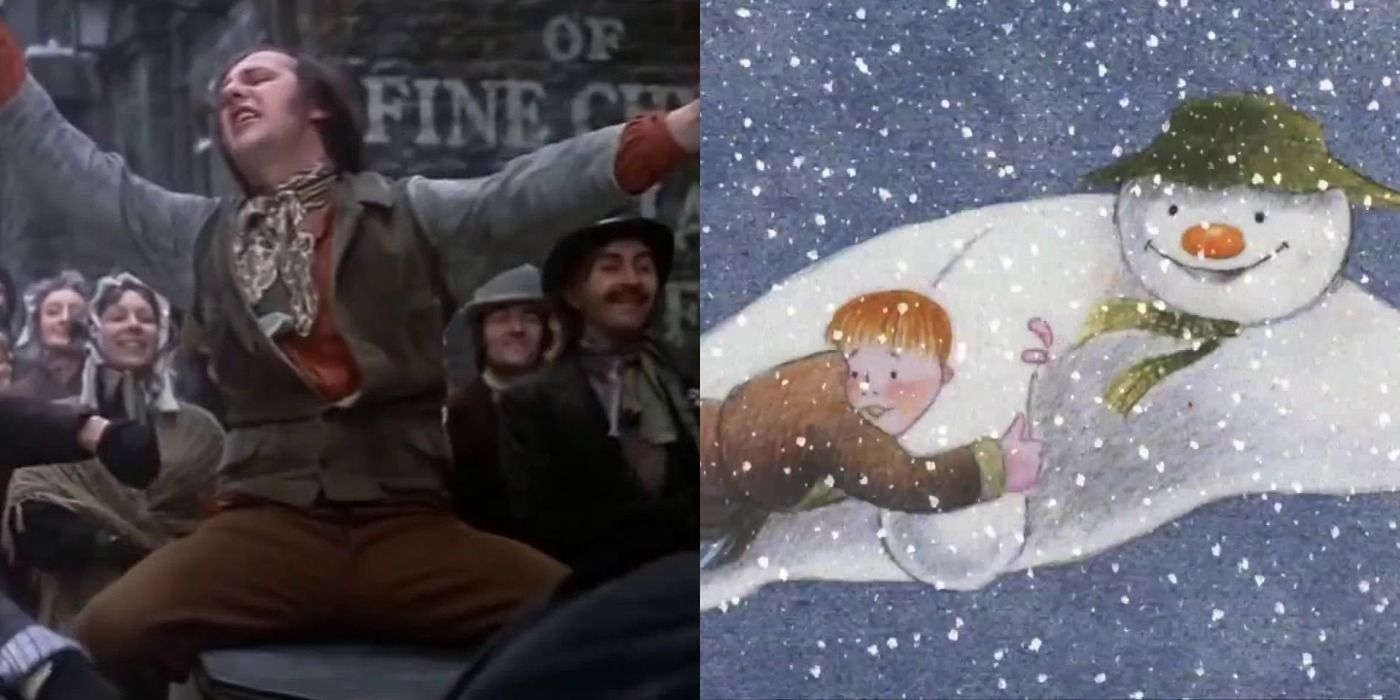 Snowflakes in the air and music everywhere, it’s starting to look a lot like Christmas. And one of the most beloved timeless traditions is to get together and watch a classic Christmas movie. There are tons of Christmas-themed musicals, from live action and animated to even stage ones, and so many musical numbers, like “We Need a Little Christmas,” have practically been branded into the consciousness public this time of year.

But there are also those unsung heroes of the genre who don’t get as much respect — the often-ignored numbers on soundtracks that only true Christmas music junkies know. Don’t be too dazzled by the rest of the movie to miss out on these holiday hits.

Chances are people will think of the classic Dr. Seuss movie, How the Grinch Stole Christmas, their thoughts immediately go to the main character and his theme song, “You’re a Mean One, Mr. Grinch.” While they’re not necessarily wrong, they also miss the other part of the special’s soundtrack.

“Welcome Christmas” does more than just prepare audiences for the story ahead, it also shows off Dr. Seuss’ underrated skills as a lyricist. It is not easy to invent a new language and incorporate it into an original Christmas song.

The Rankin/Bass stop-motion specials were filled to the brim with great musical numbers, and it’s hard to pick just one favorite. However, there are plenty of enjoyable numbers that definitely need a second listen. While some might consider tracks like “Put One Foot In Front of the Other” a filler song, others consider it one of the most uplifting tracks on the special.

RELATED: The 10 Best Christmas Movies On Amazon Prime Video, Ranked According To IMDb

Santa Claus, surprisingly, makes a good motivational trainer, and he certainly snaps the Winter Warlock out of his freezing depression. A few more verses and he might even have made viewers dance in front of the TV.

Rudolph the red nosed reindeer, although a short affair, has several great songs to fill its runtime. But this slow, romantic song has apparently been glossed over. Those who grew up listening to “There’s Always Tomorrow” in its entirety, however, know what a beautiful number it is.

The Elf’s Christmas Gold is a very strange Rankin/Bass production. But given that they also brought viewers The Hobbit, it’s no surprise that they handle the fantasy elements so well. Although the special features “Christmas in Killarney”, the real underrated ditty is “Ireland’s Golden Gold”.

It’s like someone put an Irish drinking song in the middle of a Christmas special. Appropriate, since most of the cast is made up of pixies. And there’s perhaps no better-suited song that better encapsulates the entire viewing experience than the display of green and gold in this odd holiday mix.

For a story so steeped in tradition, it’s honestly quite remarkable how many times A Christmas Carol became the music format. Concrete example, The Muppets Christmas Carol. The production is already loaded with wonderful songs, but if there’s one that bears the underrated title, it’s “It Feels Like Christmas.”

To be fair, it’s a song that comes right after ‘When Love is Gone’ and will soon be followed by ‘A Thankful Heart’. Even so, it deserves far more attention than it gets. Especially since it features the distinguished Michael Cain dancing with a giant Muppet.

Before the Muppets put their fuzzy mitts on the story, Mr. Magoo had his myopic look at the story. It may seem strange to do A Christmas Carol a musical within a musical, but this special makes it work like a charm. Its soundtrack isn’t really life changing, but it does feature a very under-listened villain song.

Sung by the trio of miscreants dividing Scrooge’s valuables after his death, it’s basically a song about how irretrievably evil they are. Simple yet effective, it’s one of those villain songs that reiterates the old adage “sometimes it’s good to be bad”.

“Link by Link” (A Christmas Carol: The Musical)

Based on the musical of the same name, this adaptation of A Christmas Carol it’s weird, and it’s well said. However, one of its most memorable moments features Jason Alexander as Marley’s Ghost. The song “Link By Link” features Marley and a host of wandering spirits performing synchronized suffering while chanting their sins.

The visuals and performances are unforgettably creative, but they still match the unintended weirdness of the rest of the film. For a TV movie-musical, this was undoubtedly one of its most impressive highlights.

“Thank you very much” (Scrooge)

If there was an award for the most infectious Christmas song, “Thank You Very Much” must deserve some sort of medal. Once again, a Scrooge-centric musical deserves a mention. But this issue isn’t about ghosts, greed, or mourning, but rather a celebration of Mr. Scrooge’s death.

RELATED: The 10 Best Christmas Movies On Hulu, Ranked According To IMDb

A song about someone’s agonizing death shouldn’t be as happy and uplifting as this stage-worthy number ends up being. Although Scrooge’s death is only hinted at with visual cues, the lyrics themselves could translate to a song of congratulations, which it does before the credits roll. Either way, there’s always a refreshing touch of dark humor.

“Walking on Air” (The Snowman)

Although this is not a musical, The Snowman features an absolutely haunting and beautiful musical number. If anyone’s ever heard the song “Walking in the Air,” it’s either an animated short or Celtic Woman or Nightwish covers. Either way, it’s a criminally underrated piece of music.

There are several elements of Christmas that are considered magical by millions of people and if that feeling got a song, that would be the result. This tale of Frosty the Snowman easily delivers one of the most enchanting stories that kids of all ages are sure to enjoy this holiday season.

“Put a Little Love in Your Heart” (Scrooged)

Technically, that number shouldn’t count, because Richard Donner’s film isn’t a musical, but considering the entire cast of the film joining in and singing, he gets a pass – from especially since all the ghosts are involved in the act. .

Anyone who has seen Scrooged knows it’s one of the darkest Christmas movies around, which makes it all the more heartwarming when everyone comes together in song at the end. Although it’s a bit unusual to see Christmas Future and his ribcage demons join in with such enthusiasm.

Why Stephen King Almost Quit Horror After Writing It

Zach Gass is an East Tennessee writer with a love for all things Disney, Star Wars, and Marvel. When not writing for Screen Rant, Zach is an active member of its community theatre, loves a variety of authors including Neil Gaiman, CS Lewis and JRR Tolkein, and is a proud and active retro gamer.

Top songs, albums, clips and concerts of 2021 according to