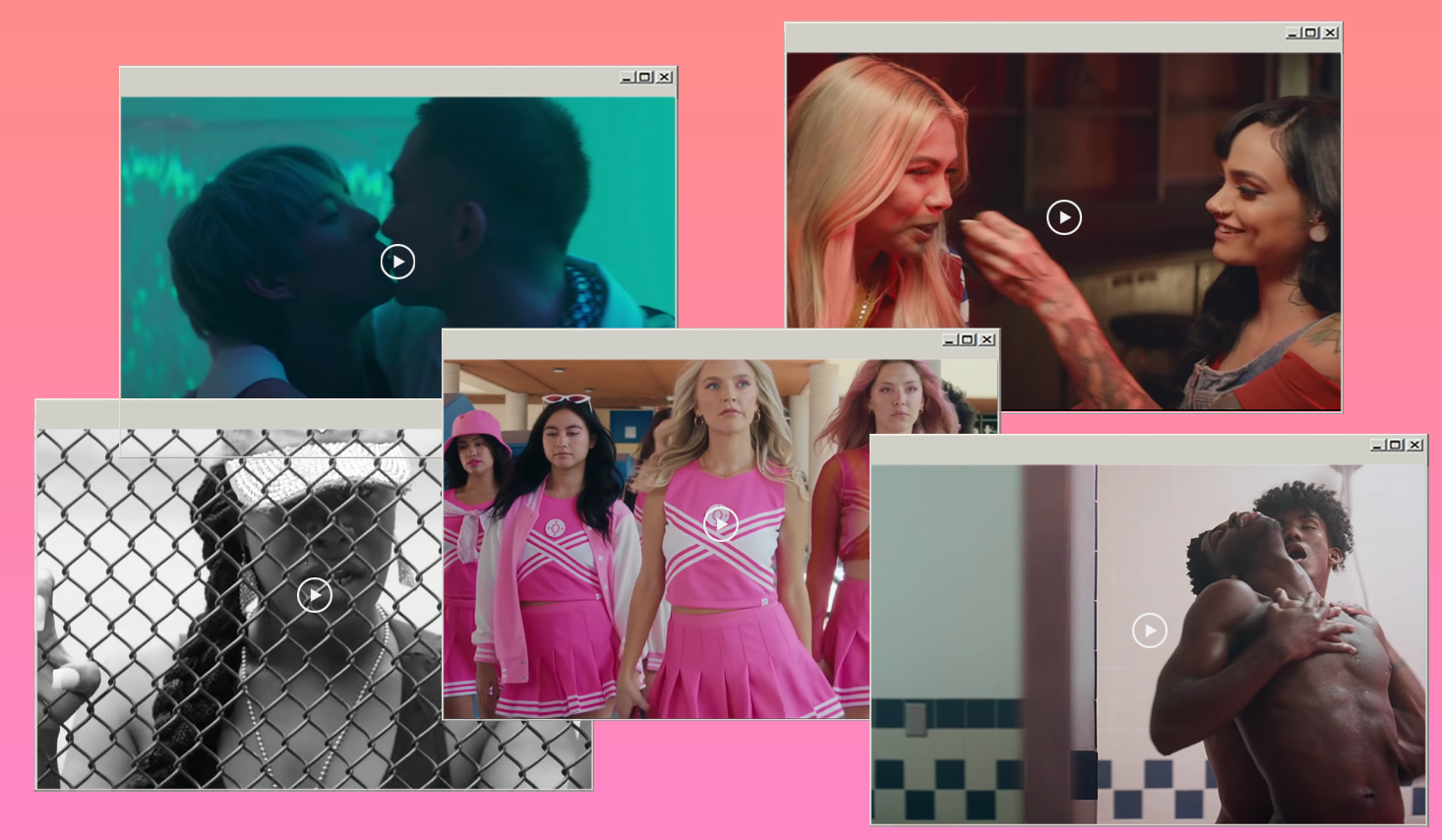 When it comes to romance and pop culture, most of us assume romantic comedies are the way to go. Now don’t get me wrong, I still think Love, Simon and Saving Face are great options, but there’s also a lot of graceful queerness incorporated into the music videos. As a shorthand medium, these miniature on-screen moments won over audiences with their camp aesthetic and empowering imagery of LGBTQ+ intimacy. The internet is your haven for queer music videos, there are archives of content available to stream online. But don’t worry, you won’t have to sift through years of videos to find a reliable set of videos to watch. Instead, we bring you 10 music videos that shamelessly celebrate queer love.

An LGBTQ+ staple, it wouldn’t be a queer music roster without the inclusion of Halsey. The American singer-songwriter is an outspoken member of the community who talks openly about queer rights, visibility and love. Ghost, the star’s first single from his debut studio album Badlands, was first released with a music video in 2014. However, in June 2015 the artist released a second iteration which was filmed in Tokyo and produced by Malia James. Speaking to The Fader, Halsey justified her decision to do an alternative video like she did “Enough videos of me and a male lead kissing.” On the occasion of the anniversary of the clip, the singer of Without You expanded its creative direction to have a feminine love: “The reason I was adamant about it was because despite being bisexual, it was only suggested to me that I would choose a man as a romantic interest,” she explained. “It was often assumed. This was my first big budget major label video and I had a precedent to set for myself!”

A collaboration for the queer ages, Hayley Kiyoko teaming up with Kehlani was the lesbian equivalent of Lady Gaga working with Beyoncé. Well, okay, it didn’t quite break the internet the same way, but it was all over. Clips of the music video have surfaced on social media with screenshots, gifs and lyric captions galore. For an LGBTQ+ audience, What I Need was a hymn to emotional vulnerability and the ups and downs of a relationship. True to Kiyoko’s captivating production, the hit song features a music video that we’ve all invested in.

Not only has Lil Nas X become one of the leading voices in the music industry, but he has confidently ensured LGBTQ+ visibility throughout his music. When the 22-year-old isn’t causing viral controversy online, the star is breaking records or dropping a new record. Ahead of his highly anticipated debut release, the singer-songwriter released a series of iconic music videos including That’s What I Want. Set in a fictional setting, the Lil Nas X music video delivers a queer cinematic tale, paying homage to Brokeback Mountain. Oh, and to kick camp up a notch, the video features a cameo from the great Billy Porter. This Is What I Want contains a moving tale that cuts through all the emotions, but it’s important to shine a light on its romance as much as its heartbreak!

Commonly referred to as the “first gay K-pop idol”, Holland has been powerfully outspoken when it comes to LGBTQ+ representation in South Korea. His single, Neverland, brings gay romance to the fore. The song’s accompanying music video received a 19+ rating in South Korea for featuring a gay kiss. Despite this, her powerful single struck a chord with listeners around the world and was hailed for its fearlessness. Speaking to GAY TIMES in 2019, the K-pop star opened up about advocacy on behalf of the community: “LGBTQ rights in Korea are still not very progressive compared to some other countries.” Holland has since released hit songs Love You Better and more.

Shea Diamond – I am her

Queer love can take all forms. In her gripping music video, Shea Diamond stands up for individuals in NYC’s trans community and reinforces a narrative of self-love. Diamond began writing I Am Her while incarcerated and later released the song in 2009, while the music video was released in 2016. In a statement to GLAAD, the artist shared the meaning behind the impactful video: “No matter how the world treats me, no matter if I am rejected, accepted, denied or misunderstood, I will continue to live my truth as Shea Diamond! It was in losing the world that I found myself and the will to keep living like the woman i’m proud to be.A moving music video, you can listen to Diamond’s powerful song about the trans experience here.