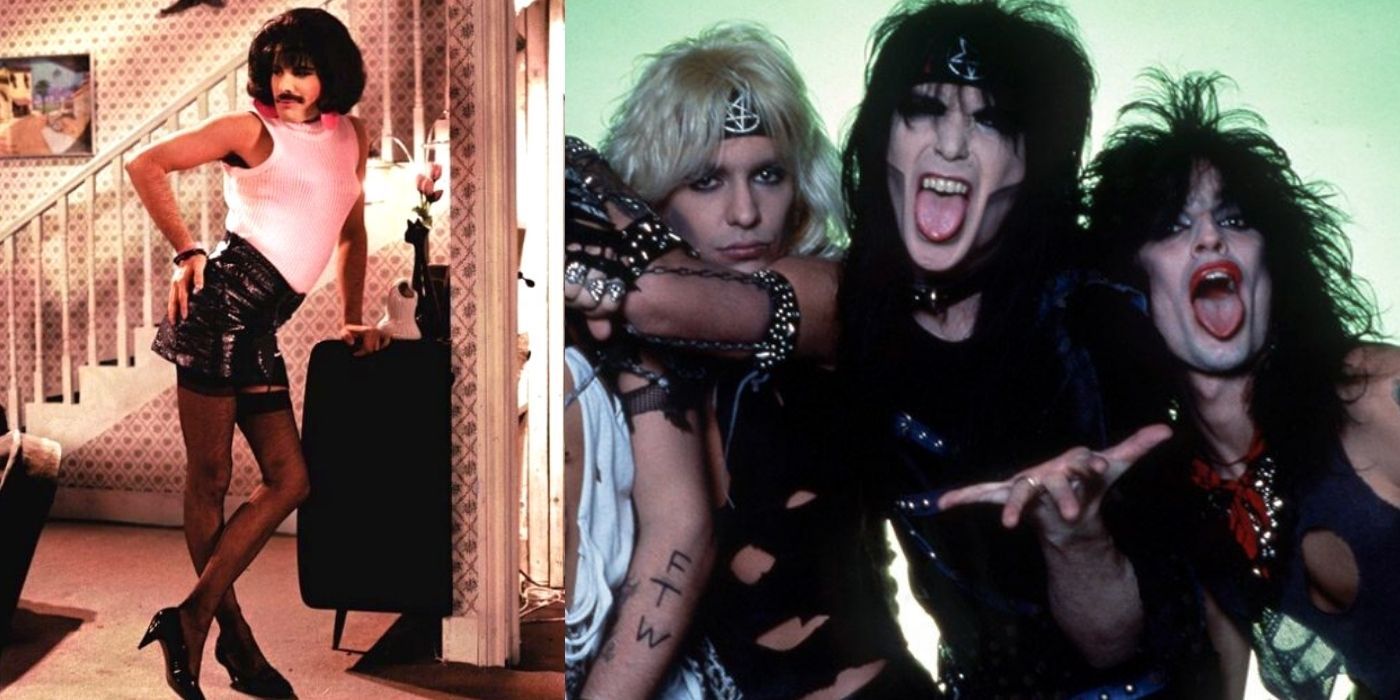 The MTV channel kicked off immediately after its premiere in the iconic 80s era. With the channel’s instant success, it’s no secret that they had to go through some serious censorship in order for the most possible viewers can enjoy their appropriate content.

Especially during the social and political climate of the 80s, many things were looked down upon, including sex, drug use, and LGBTQ+ representation of any kind. While it might have seemed wise at the time to ban videos that show any kind of adult content, the music video scene has changed a lot from how it was censored, and even MTV itself has changed from its previously semi-healthy image.

The Duran Duran video was originally made for the sole purpose of playing on big screens in clubs, not for cable. Knowing that, it’s not hard to see why MTV didn’t want to air this, especially so early in their careers.

The music video featured sultry slow motion shots and girls in limited clothing, although the video is quite tame compared to other videos. Although this video was a hiccup for them, the group went on to release some very successful music videos on the Music Channel and in many classic movie soundtracks, like “Hungry Like The Wolf”, so no harm done (via YouTube ).

Queen fans know that Freddie Mercury has always been known for pushing gender norms, but this clip takes the cake for being unexpected and shocking for its time. With the whole group dressed in typically feminine clothes with transparent lyrics, the video managed to capture the attention of fans everywhere.

MTV banned the video as they believed it promoted “cross-dressing” when they were merely parodying the popular British soap opera, Coronation Street. However, that didn’t stop the video from getting people talking and making it even more popular. As a true trailblazer, Freddie always shone in his own way, and it’s clear the song’s impact holds true today, as it’s a widely recognized anthem for the LGBTQ+ community even today (YouTube ).

Considering this video features zombie students being sacrificed in the name of rock ‘n roll, it’s no mystery why MTV wasn’t too thrilled about it. Although the clip looks like a semi-scary horror movie, the music channel just didn’t want to promote the idea that students should rise up against educators.

While some viewers may agree with MTV’s reasoning, this isn’t the first time bands or artists have pointed out potentially flawed educational symptoms, like Pink Floyd’s “Another Brick In The Wall.” The funny nature of the video, however, has fans thinking it was an overreaction to ban it, especially on YouTube.

The initial cut of the music video was an obvious no, as it featured many fully naked girls. However, once they slapped bikinis on the girls instead, MTV decided to relent and play the edited version thanks to requests from dedicated fans, and even became one of the most popular music videos of 1987. .

Despite the obvious promiscuity shown in the music video, there’s no denying that Mötley Crüe is known for its wild reputation. Rock music fans even to this day in YouTube comments can’t get enough of the band, with many movies even being made about the famous band.

Neil Young used the video to make social comments about the value society holds in terms of money and publicity, which MTV did not. With the chain having such major corporate sponsors as Pepsi, they couldn’t afford to form a bad relationship with these huge corporations.

The video (on YouTube) featured replacement labels mocking product placement and pointing out how stupid the ad is in the end. Young also wrote a strongly worded letter to MTV about the ban, to which the channel decided to “compromise” by airing the video once during a Neil Young special. Either way, Young got his revenge by winning MTV’s Video of the Year in 1989.

If anyone knows Madonna, it’s not hard to see why this video was considered too controversial for the time. From partial nudity to provocative lingerie, to hints of group sex, the video left almost nothing to the imagination.

Although the intimate, whisper-style song was incredibly sultry for cable, MTV then gave in to Madonna’s star quality and massive fan base by playing it later that night. Considering there were plenty of Madonna videos that some consider even worse than Justify My Love, it’s hard to deny that Madonna paved the way for other artists to start pushing the envelope. Luckily, it’s not too hot for YouTube.

Although Chris Cornell instead, the song has nothing to do with insulting or disrespectful religion, the visuals in the YouTube video suggest otherwise, according to Evangelical America. The graphic images were too numerous for viewers to see, with several women even being crucified on a cross.

Cornell insisted that the song and video are more of a take on those who act “holier than thou” and exploit religion to make themselves look better. Regardless of the true meaning of the song, Soundgarden fans show their love to this day for the video’s ability to discuss a deeper issue than many realized.

Although it later received a Grammy, MTV briefly decided to ban the song Sir Mix-A-Lot for its “inappropriate” sexual nature. While this song concept is very common these days, it was considered quite controversial at the time to talk about women in this way, let alone a video dedicated to zooming in on certain body parts (via Youtube).

Although he initially had the idea of ​​seeing women who were too skinny for his liking, he actually thinks the funny song has a much deeper meaning. The hip-hop entertainer is open about his social commentary in the song, saying it’s more about Hollywood’s lack of acceptance of the African-American body and how those differences should be celebrated and appealed to. Warning.

It’s no secret why this song was banned, based solely on the lyrics. However, it was clear through the footage of the video why not even a second could be shown on television. The video is currently age restricted on YouTube.

From disturbing images of animals to uncensored body shots to sacrilegious depictions, horror video is enough to give people nightmares. Although MTV eventually agreed to air an extremely cut-down version, which further proves that censorship will inevitably entice fans to watch the director’s cut version even more.

The Smashing Pumpkins music video (see on YouTube) follows a heroin-addicted couple and the difficult and sad journey they take to get their hands on more drugs. The video was too raw and real for MTV to handle and they didn’t want to place that heavy burden on their viewers, especially with the original 15-minute video.

While some viewers can understand why such a scarred portrayal would be negative for the channel’s reputation, many fans believe it would have been a powerful message for people to see, as it depicts what can happen if addiction takes hold. of a vulnerable person’s life and how it will inevitably destroy them and everyone around them.

NEXT: 10 Celebrities You Didn’t Know Made Cameos In Music Videos

An entertainment content writer for ScreenRant, who knows a little too much about cheesy stuff. Whether it’s behind-the-scenes facts about music, movies, TV shows or comics, Kallie is ready to talk about it whether you like it or not!

It’s time for a new take on music videos